There’s an old adage in drum & bass that once you’ve mastered the craft at 170 you can explore any genre and make an impression on it.

A certain magic happens when the clarity, weight and pace of D&B is translated in slower, deeper genres. It’s been proved time and time again since the mid 90s when D&B began losing talents like Teebone to UKG and 4Hero to broken beat and was most relevant when D&B producers started smashing out massive chart hits. From Evol Intent’s Knick’s Bro Safari transformation to Matrix’s top 10 house hit as Goldtrix to Noisia’s Zonderling operation to Outrage’s Nomine alias; producers who first make their name in D&B can explore any genre they like and not just make an impression but smash the hell out of it and take it in a completely different direction.

Such is the case with Monuman; the no-rules, free-for-all exploration headed up by Conor Corrigan, a man best known as Emperor, responsible for some of Critical’s most innovative and dynamic releases in the last five years. The project began in 2015 with a string of free beats on Soundcloud and no fanfare whatsoever before he appeared on Inspected and Division a year later. The sound; a wonky, unpredictable brew with strong wafts of glitch and downtempo. The feels; often mournful, provocative, emotional, introspective but prone to wild outbursts. The weight; consistently heavy.

The results; well they speak for themselves. Especially on Conor’s recent Polychoral EP on Inspected. Weighing in at six tracks with some of the most touching and most brutal compositions he’s ever conjured, it’s his broadest and largest Monuman release to date. It’s not going to be his last, either. Here’s what’s happening in dual life of Conor and why he created his Monuman alias in the first place.

So the first Monuman song we heard was Gobi in 2016…. But when were the seeds for this project first sown?

The project definitely started long before Gobi, the first batch of tracks I put up on Soundcloud were actually all made in a week, around 2015 I think, maybe earlier. I’d just moved back up to Halifax for a little while, and ended up writing all this music with no idea what to do with it, so it just went online for everyone to hear. To be honest it was quite liberating, a far cry from working on releases with labels where the process can be a little long and arduous. I really missed that freedom of being able to put your music out there while you’re still excited about it, that feeling gets lost as you start to release on labels more and more. With Monuman, I’d like to have a mix of working with labels I really like, such as Inspected, and release on my own back alongside that.

What caused those seeds to be sown in the first place? And what influence did your Emperor activities have on the development of Monuman?

I came to a bit of a crossroads, and was having a really hard time mentally at that point. I didn’t really have a sense of direction with this other music, and it took a lot of thinking to decide where to go with it. As I’d always produced different styles of music under the Emperor name, I viewed that as just being Monuman before the project had a proper direction, or name. I think you can hear similarities between the two projects, but generally most people are surprised to hear that it’s me.

Monuman sounds like you’re doing what the hell you like. No rules. Would you agree? Or is there more of a theme happening in terms of your approach and vision for the project?

Definitely! That’s the whole point for me, I think. Although I love Drum&Bass, I feel like I have so much more to give creatively than to sit in one bracket. Some of the new music I’ve been making takes influences from lots of different artists, techno, hip hop, ambient, metal… It’s a bit of a mixed bag really.

For me personally If You Want and Blossoms are probably the most emotional and touching pieces of music you’ve ever made in any alias. They’re beautiful. Any stories behind them?

It’s lovely to hear that, thank you. Funnily, the main project for If You Want was made around five years ago. I think I was listening to a lot of James Blake at the time, and stumbled over the project a few years afterwards. I’d make a lot of projects with some interesting ideas but didn’t really have the technical skill to progress it, or treat it well, sonically. Some projects you have to be in a completely different headspace to finish, and sometimes that can take a while. Blossoms didn’t have as deep a meaning behind it, but it’s all subjective and if people connect with it somehow, then I’m happy.

Just give us some more stories about the whole EP. What else happened along this strange Polychoral trip? Cos these tunes have been under wraps for a while, right?

For sure! This EP was written over a much longer period of time than the first batch of songs I made. Ur was probably the most emotional thing for me to write. There’s a lot of negative feelings I had that were dealt with through the process of it. It feels a little cold for me to listen to, as it represents more of those feelings, but it’s definitely the most emotionally connected thing I’ve written. Polychoral is a continuation of those same feelings into something a little more uplifting. Sasquatch and Spectre are clearly a bit more dancefloor oriented, but I couldn’t have every track be an emotional roller-coaster!

Are there any other persy pieces of music of yours (any alias) do you personally feel the most emotional or touching?

There’s a piece of music on my Emperor Soundcloud called ‘Over Now’ which I wrote at 3am around the same time as the first few Monuman tracks, which ended up being on the Polychoral EP. That ones got a lot of personal things attached to it. It seems I always end up writing music with the Piano when it’s something particularly emotional for me, so if you hear a piano in my music, I was probably a bit upset over something.

At the same a tune like Spectre is like Emperor has grown into a fat Elvis on the loo, eating peanut butter by the bucket, yelling at his staff. Is this a fair comparison? And what was happening in Monuman’s mind when these toxic basslines slithered into sonic reality?

That image isn’t too far from reality really…

As much as there’s sides of a personality that connects with sadness, despair, and darker thoughts, there’s the side that just would like to go out to a rave and go ham for a little bit. Doesn’t mean that there’s not as much emotional depth to it, but it’s just appealing to that part of my mind.

So what happens next and will we have to wait so long for another XXXL EP of this proportion?

I’m working on a lot of new music, and I’m probably going to release it on Bandcamp for the next few releases, and see how that goes. I’m much more in favour of releasing directly to people when the music is still fresh for me, not to say that I don’t want to work with labels anymore, it’d just be nice to have the freedom and control over when the next thing comes out. Ideally, I’m going to put something new out in a few months, so not long to wait now!

If Monuman could teach Emperor one thing about any aspect of the production and creation process what would it be?

I find I actually produce in a different way when making Monuman tunes than Emperor ones, but have also tried combining those processes and it doesn’t work too well. It only ends up working when it’s a liquid tune. So I guess that would be the advice, if it’s going to be emotional, it’s gotta be a liquid tune.

If Emperor could teach Monuman one thing about any aspect of the production and creation process what would it be?

That the music doesn’t have to be the as loud as D&B. It’s a hard habit to get out of, but it’s really unnecessary nowadays.

If Monuman and Emperor had a fight who would win and why?

I don’t really like punching myself in the face, so they’d probably just have a dram of whisky and talk and complain about the world, and stuff.

But please assure us they’ll always live together?

Always! So long as they’re on opposite sides of the house and only share the kitchen. 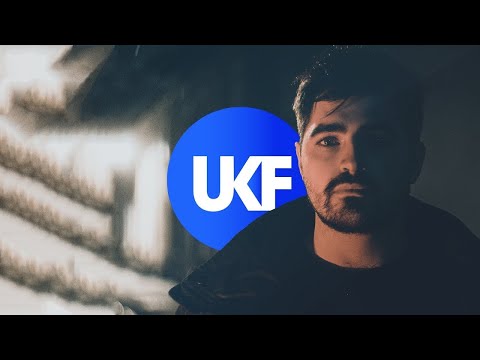 Provenance: The sound of Monuman making music with no boundaries
WORDS
511 shares 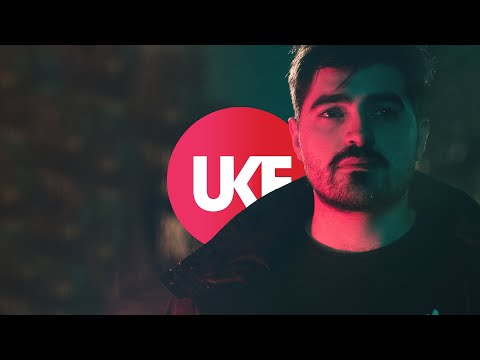 Monuman – September
AUDIO
0 shares
SIGN UP NOW & STAY LOCKED!Sign up to our newsletter to keep up to date with the latest streams, news, and events, all tailored to you.