Influential producer, critically acclaimed DJ, manager of some seriously high profile artists, owner of one of the UK’s most agenda-setting bass labels… While almost every DJ enjoys dipping their fingers in an industry pie or two, SKisM has entrenched himself into so many roles, he’s often unsure where one ends and one begins.

We caught up with him as he prepares to release Never Say Die Volume 3. Released next week, it’s the first of three massive albums coming our way this summer. And – shock horror! – it features his first production in a long, long time.

Read on to find out how he juggles his many roles, what else to expect from the label and why he believes now is an important time for dubstep producers to stand up and be proud of what they created!

All my guys are making wicked dubstep influenced music; that’s what we’re best at. I think there are a lot of people who have moved themselves away from the scene slightly but then remembered that that’s why their fans loved them in the first place. Because they’re the best at it.

Where do we start? There’s the album, there’s the label, there are the artists you manage and then there’s SKisM productions… Or lack of them. Help me out here.

I can’t. It’s all blurring into one big thing. It’s hard to separate SKiSM from everything. It’s such a big part of the label and artists and album. I am he and it is me. But at the same time I have taken time off making my own music so it’s complicated…

This complication makes you unique. I can’t think of many other artists in your position. Sure, some artists manage and develop other artists and loads of artists run labels. But seldom on this level… Have you met other artists who have those same challenges?

I do feel fairly unique actually. Managing has taken a lead role in recent times and I get so much stick online, from fans and peers, asking where the fuck the music is. I’m like ‘if you knew what I have to do!’ Not just the artists I manage, but almost every release on the label, I spend a hell of a lot of time going back and forth with ideas on tunes, guiding and doing additional elements as an executive producer. So when people are like ‘where are the tunes man?’ I feel like taking a snapshot of my calendar and saying ‘THAT’S why I haven’t been writing any tunes.’ But I don’t want to be defensive or ‘woe is me’ because I love what I do.

Would you say your management style is very hands-on, then?

VERY hands on! Particularly with Laxx, Must Die and Zomboy. And, certainly at the moment, all the administrative side of things that go with Must Die and Zomboy’s albums… There are collaborations with other people who aren’t on the label, there’s distribution, there’s legal stuff. My life is consumed with those guys. But it’s my own fault for scheduling three albums in three months: the UKF album, Zomboy’s album then Must Die’s album. It’s so much work. PLUS I’m a control freak and I know I could delegate a bit more but I prefer to do things myself.

So you and I first spoke eight years ago, your very first interview… You’d just graduated from music college and set up CTRL-Z. Did you ever imagine having all these responsibilities and roles back then?

No! Not at all. By nature, CTRL-Z was developed by the music college who taught us a lot about the business side of things. So I’m sure that naturally some of the business things were there ready in my head when I needed them. But fundamentally we were struggling musicians. We were known on the global stage and had a lot of records out but things were on such a smaller scale. So as an artist I grew with the growth of the internet and was lucky to be there and part of scene as dubstep first took off. The label was set up through the connections I’d made during my early hard work. I’d worked with people like Freestylers, Foreign Beggars and people like that… All those links and friendships I’d made helped me set up Never Say Die in the way I did. As for management it seemed like the most obvious way to go; sales were dwindling so it was a case of joining the dots and making a business that really worked. I didn’t envision any of this but when I look back all the decisions and manoeuvres make total sense.

Nice. Back to the future: the album. It is HEAVY! Proper dubstep through and through. I can sum it up in two words: unapologetically militant. Does that sum it up for you?

Ha! I’d rather use the word uncompromising. It resonates on several levels. We’ve always been a multi-genre label – the first release was a breaks release with loads of different genre remixes for example – but so many people have tried to abandon the sound and the scene that I didn’t want to be part of that. I felt dubstep had become a bit of a dirty word for while, especially in the UK with all the deep house stuff coming through (which I love by the way!)

I’ve seen this cycle happen before in both breakbeat and drum & bass where interest or excitement had dwindled a little so people start leaving the scene. We’re in position to help change that. I grew up buying vinyl and have been so inspired by labels like Virus and Ram who have stayed true to their roots, regardless of wider trends, and have become the go-to labels in drum & bass. I want Never Say Die to be that type of label. To be trusted on that level. So for us to put out a multi-genre showcase at this point in time didn’t feel right.

All my guys are making wicked dubstep influenced music; that’s what we’re best at. I think there are a lot of people who have moved themselves away from the scene slightly but then remembered that that’s why their fans loved them in the first place. Because they’re the best at it. We just had a Never Say Die event in London with Ergh!; it was rammed, everyone was playing dubstep and it kicked off all night long. Never Say Die is an attitude, and that’s the attitude I’m pushing on this record.

Salute! I think the downfall of any genre is when the leading figures refuse to be associated with it any more…

100 per cent. I went on record earlier this year and said that Skrillex’s album would be a pivotal thing for dubstep. And it has been… He’s still doing it and every track has still got the dubstep influence. People need to see high profile artists like Skrillex still repping. And I’m hoping our new album will have a similar resonance.

It’s probably about time we spoke about YOUR contribution to the album. That’s going to have resonance with everyone who’s been pestering you…

Hopefully! Massive props to Laxx, though; he’s been bubbling for a long time but for whatever reason people didn’t pick up on him in the way they picked up on others. Nor did I… And I’m supposed to have my ear to the ground. He got in touch with this cocky presumptuous stance that I was going to sign him. Because I’m cocky myself I don’t usually get on with people like that. I’d have LOVED not to have signed him. But then I listened to his music and tucked my tail between my legs and signed him instantly.

He’s been really inspiring me; he’s a joy to get in the studio with and he kicked started a creative flow for me and has reminded me how much fun music can actually be when you’re not stressing out on your own getting paranoid. It’s also the first collaborative track that is exactly 50/50 in terms of who did what. It’s like a fight between us. It’s got his drum flow, it’s got my aggression and bass edits. It’s a nice hybrid of where trap is at and where dubstep is at. It’s had some great responses, too, which is great…To break the silence with something that people really enjoy.

Our foreheads were sore because we’d screwfaced for two days nonstop and our arms were useless because of the incessant trap elbow dancing!

I take it you didn’t just work on one remix? There must be more from you two soon…

For sure. We had a two man party for three days in the studio! We’ve written another track called Hostile which is the most bizarre thing I’ve ever done. I can pinpoint a genre but I’ll tell you this… Our foreheads were sore because we’d screwfaced for two days nonstop and our arms were useless because of the incessant trap elbow dancing! It’s premiered in the album mix but triple dropped so no one can rip it. So yeah there’ll be more stuff to come because we’re enjoying it so much.

That’s going to please A LOT of fans! But you know what? I can’t see that much hate or criticism for your lack of tunes online… Certainly your facebook page, it appears to be all love!

It is now! I’ve had to gently let people know where I’m at. And the way I do that is by pointing out the label’s output… We don’t put any old thing out. Everything is picked, selected and developed intensely. So I gently say… If you like my label and the artists involved then please stop giving me shit!

Ha! Any other picks, selections and developments you can alert us to besides three albums?

You’d think three albums would be enough! But there’s loads more. I can’t mention most of it because it’s not ready to confirm but I will say Laxx needs another mention; he’s raising the bar creatively and helping to diversify the label’s sound without compromising it. So yeah, we’ll be hammering out the releases from him and every other talented person we have on the label for the rest of the year… And beyond.

We are 9! 9 artists pick their favourite UKF uploads of all time
WORDS
369 shares 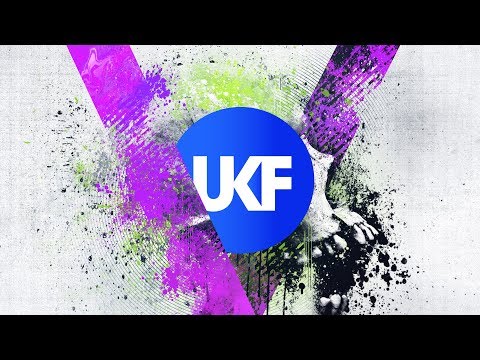