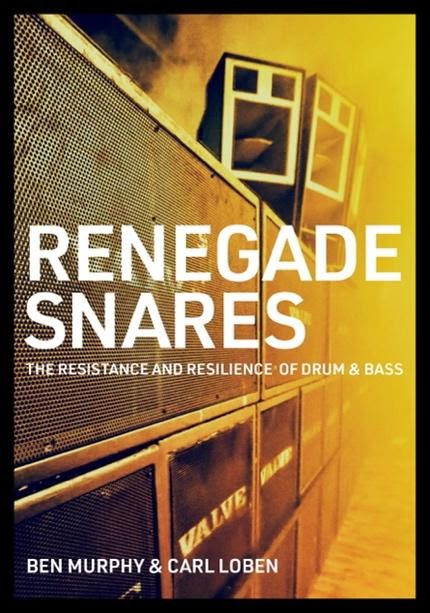 Written by longstanding and respected music journalists Ben Murphy & Carl Loben, the book details the movement’s cultural context as the first music genre to truly come out of the UK, exploring its multicultural roots dating right back to the Windrush generation, soundsystem culture and movements such as ska, two-tone and hip-hop.

“It’s a great British invention, emerging out of the UK’s multi-cultural inner cities, and boundary-breaking in its sonic futurism,” says Loben of jungle drum & bass music’s unique spirit and history. “Yet even now that it’s traversed the globe, d&b is still derided by some — even though it has touched many. There are a lot of twists and turns to its story, and we wanted to document these while still revelling in its beautiful potency.”

Described by Goldie as “definitive” and by Jumping Jack Frost as “a real drum & bass story”, the book was over two years in the making and includes comment and insight from over 80 original interviews by the authors themselves plus additional commentary and reference points from a great array of sources across the eras from old archive magazine interviews to a variety of interviews published on this site.

“There were a lot of people to interview,” says Murphy, explaining how the book came to life and how they organised so much information. “Then it was a matter of trying to arrange the order: we knew we wanted it to be roughly chronological, but we had to do some additional chapters on specific subjects, like pirate radio and dubplates, and DJs and MCs. The final order of the book became apparent while we were writing it.”

While there has been an exciting roll-out of biographical books in the genre recently, Renegade Snares will be one of the first new publications since Brian Belle-Fortune‘s All Crews to comprehensively and academically take in the whole genre and join its many dots and influences, behaviours and subcultures. It follows Paul Terzulli & Eddie Otchere‘s Who Say Reload as the second substantial book on the genre this year.

“The reason we wanted to write the book was that we felt there was more to say about jungle / drum & bass, both in terms of the roots of it, especially all the different elements from which it coalesced in the 70s and 80s, but also the more recent developments – sounds like liquid, Autonomic, halftime, the footwork jungle hybrid, neurofunk and other things,” says Murphy. “The existing books like All Crews are excellent, but were written quite a while ago now, so we wanted to cover newer developments, but also add some additional perspective on the history of the sound.  We also felt there was something important to say about the renegade nature of jungle/drum & bass, how it has always stood apart from the mainstream, and has succeeded mostly in the face of hostility or indifference from the wider music scene and certainly from the powers that be (shutting down raves, cutting off pirate radio stations etc). Culturally this music is hugely significant — as a style of music created and innovated by black British artists and working-class people, it’s broken down social barriers and brought many people together. This is something we cover in the book also.”