It’s time! Andy C is back at Wembley Arena for another super-sized six-hour session this weekend – Saturday October 23.

Back when we bought tickets for this, we weren’t entirely convinced the world would be the same and we’d ever be able to rave again… But mercifully we can. And it’s crept up on us like some marathon rave sledgehammer out of the blue.

Andy’s spent the last three months of post-lockdown freedom touring the UK, gearing up for this moment, making up for as much lost lockdown time as possible and releasing big bruisers like Boom with MC brother-in-arms Tonn Piper. A rave-echoed dubplate that’s been a staple in Andy’s sets since his second XOYO run, it’s a fitting soundtrack to the hectic turbo return to rave many of us have experienced since July.

With all booms leading to Wembley this weekend we caught up with Andy to find out more about Boom, how he dealt with his enforced time away from the decks during lockdown and how he prepares for epic sets like the 14,000+ capacity meltdown he’ll be causing this weekend. We weren’t disappointed.

Boom! What a tune. Tonn’s vocals on it developed on it really naturally during the shows didn’t they?

That’s right. He nailed it perfectly. We take it back… What a perfect sentiment for the track with that old school element. It’s like bosh! It’s the right track to get out after lockdown. No fanfare, just boom… Quite literally!

Perfect timing. Knowing how much DJing means to you, I need to ask the obligatory lockdown question. How did you cope?

Well first we cancelled two weeks, then we cancelled three weeks, then it was like, ‘Okay let’s come back in the middle of May.’ Every time it was like, ‘Ah man.’ But it was what it was. The clueless government of ours were like, ‘Give us a couple of weeks.’ But that turned into a summer of cancellations and by then my agent had told me to write off 2020.

By then I’d got into a different mindset about it. Raving and DJing is one part of it, but at the same time people were dying and seeing everything else going on in the world put things in perspective. On a personal level, not DJing for the best part of a year when I’ve had two weeks off maximum every year for the last couple of millennia it’s like, ‘Wow.’ Mentally it got tough. I found evening listening to D&B hard at points. It was a very emotional experience.

Yeah, I guess you’d usually be thinking of mixes and when you can do smash a crowd with them…

That, but also thinking about the times and memories and the people and the experiences I had at certain festivals and friends I’ve met. Wondering how they’re getting on and thinking about what the music means to us all. It’s such a unifying force. I just did another interview and the guy told me over 80,000 people have lost their jobs in our industry. That’s so sad isn’t it? These people hold up this scene. Forget about the DJs – it’s everyone in our world. The stage people, the bar, the security, the technicians. The people who make it happen. The people on stage are the final part of the jigsaw. Many parts get us up there and none of them were supported. Like that ridiculous retrain thing. I could rant for ages about this!

Yeah let’s stay positive. Raving is back and the levels of appreciation on the dancefloor are proper levels!

It’s been going mental hasn’t it? The vibes have been another level, you’re quite right. It’s been crazy since I did an unannounced set in Fabric on that first weekend we could rave again and from then it’s been insanity. It’s beautiful. It’s the release. It’s us all coming together, sharing these experiences, sharing our love for the music, enjoying the drops. Yeah, I’ve loved every second of it.

And now comes Wembley. I wanted to know how you prepare for such a gig. I know you don’t turn your phone off as Kenny Ken told me he rang you on the day of the last one and asked for guestlist and you answered and sorted him out!

How do you prepare then?

It’s all in the organisation. I’m being sent A LOT of tunes right now. Between this interview and the last one I downloaded 25 tunes and I downloaded well over 100 last week. Then we have the classics. The biggest preparation for me is recognising the different generations who come to the show. It’s not a rave which is just one vibe, or like a specialist club night, so I want to cover every base possible. It’s a generational thing so preparation basically means me going through the collection with a fine tooth comb. I’m going through around 3000 tunes I want to play at the moment. All of which I want to play within six hours to play to a crowd of people who range from 18 to 40.

Wow yeah, that’s quite a puzzle when you put it like that!

This is it. And one thing I have learnt is that you never run out of tunes. The first marathon sets like this I played I was worried I’d run out of tunes, but you never do. There’s so much great music you could play six hours of just liquid or six hours of the hardest grimiest stuff. It’s all about getting the best of every element. And I guarantee you there’ll be one tune I’ll be gutted I didn’t play.

There are so many personal tunes which mean so much to me. Because you got friends and family and people from history turning up and I want to play tunes for them. You mentioned Kenny. When he’s around I will always drop Dead Dred because I associate that tune with him.

I remember being on the dancefloor at Paradise with Rob Playford, Kenny dropped that and we lost our marbles. Rob disappeared and he’s gone up and asked what it was and he signed it the next week and asked if I wanted to remix it! So if Kenny comes, I’ll play that.

And I got tunes like with everyone – something I know they’ll love. So the preparation is making sure I’m covering everybody who means something to me and hopefully giving birth to some new classics, too. It’s the whole thing.

Love how personal it is! I’ve seen you do this in XOYO with many people. You’ll spot them, give them a nod, go into your tunes and drop it, right in the thick of the set. Seamlessly. But how on earth do you do that in a venue the size of Wembley?

I think it’s experience. I know people who are there, so I’ll play it. You can see a lot of people from where I stand. More than you think. I know the lights are flashing like crazy from your perspective but I don’t see that so I can see a lot of faces. I might need some binoculars, but I can see people and I know they’re there. Plus when it’s on and it’s vibing and we’re locked in then I’m well away thinking of tunes and sections and transitions and those bridge tunes that bring things together. And actually, the minute I know it’s all locked in and we’re good to go is when I take it down and the crowd stay with me. Taking it down is my favourite part. You can just keep going bosh bosh bosh, but when you go deeper and there’s god knows how many thousands of people going deep with you, that’s when you know you’re communicating properly.

Wow, that seems counter-intuitive but you’re absolutely right. You got our undivided attention, almost no matter what you play next…

And the beautiful thing is, I can go anywhere I like because our scene is so beautiful and has so many facets that it’s just all this huge umbrella of D&B. That’s why a DJ in our scene can do that. No other genre allows that.

You’re right. You said about giving birth to new anthems – any IDs to look out for? I always think of Come Together from the last Wembley. That was a massive new anthem moment.

I have got some ridiculously big new tunes and you’ll hear them when I drop them. There’s some serious music around at the moment isn’t there? It feels like people are expressing themselves a lot more and everything is rugged and so heartfelt. So yeah, I’ve got some incredible music here for you.

And it’s interesting you say about Come Together. I didn’t know how that would transfer, that was the first time I played that, too. I loved The Beatles’ original, I love Urbandawn and seeing everyone singing that back to me was a defining moment for sure. That was when I knew we were well away.

What is your memory like? When you think back to any of your All Night sets, do you remember things specifically or do they melt into this wonderful blur?

Moments stick out to me, but it is generally a wonderful blur. The intro of the last Wembley set stands out because one of the decks messed up on that and I was thinking, ‘I hope people don’t notice this!’ I remember the Inner City Life and Vanta Black mix as well. That’s a good example of me taking it down and people sticking with me. it wasn’t a massive hypey build up, it was a deep low rumbling moment with a tune that means so much to everyone in the scene.

So I do remember those stand-out moment moments but a lot of it is a blur of me jumping around like a wally and loving the music. And that’s the fun of it – getting carried away and getting into the vibe! And the best thing is, I go to my next gig and I’m really inspired through the mixes I’ve discovered and want to recreate.

When will that be?

The following week. I’ve had so much time off, I’m not looking for any downtime whatsoever, I got time to make up for and I want to have as much fun as possible. So I’m looking forward to that weekend Wembley because anyone who sees me at those shows are going to be seeing me at my most inspired.

Some of my mates are seeing you at a Halloween thing…

Bedford? Mate, they’re getting hammered! This is the thing. The energy in those sets after something like a six hour set is mental because I’m trying to squeeze a hell of a lot into an hour! It’s always about what I don’t get to play, not what I do. You let me play and I’ll keep going and going and going until I’m told to stop and physically pulled off the decks. Especially now, I literally can’t get enough.

Andy C – Boom is out now on Ram Records 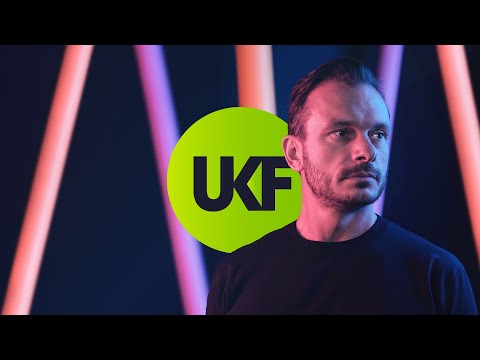 RAM Trilogy – No Reality (Andy C Remix)
AUDIO
0 shares
SIGN UP NOW & STAY LOCKED!Sign up to our newsletter to keep up to date with the latest streams, news, and events, all tailored to you.