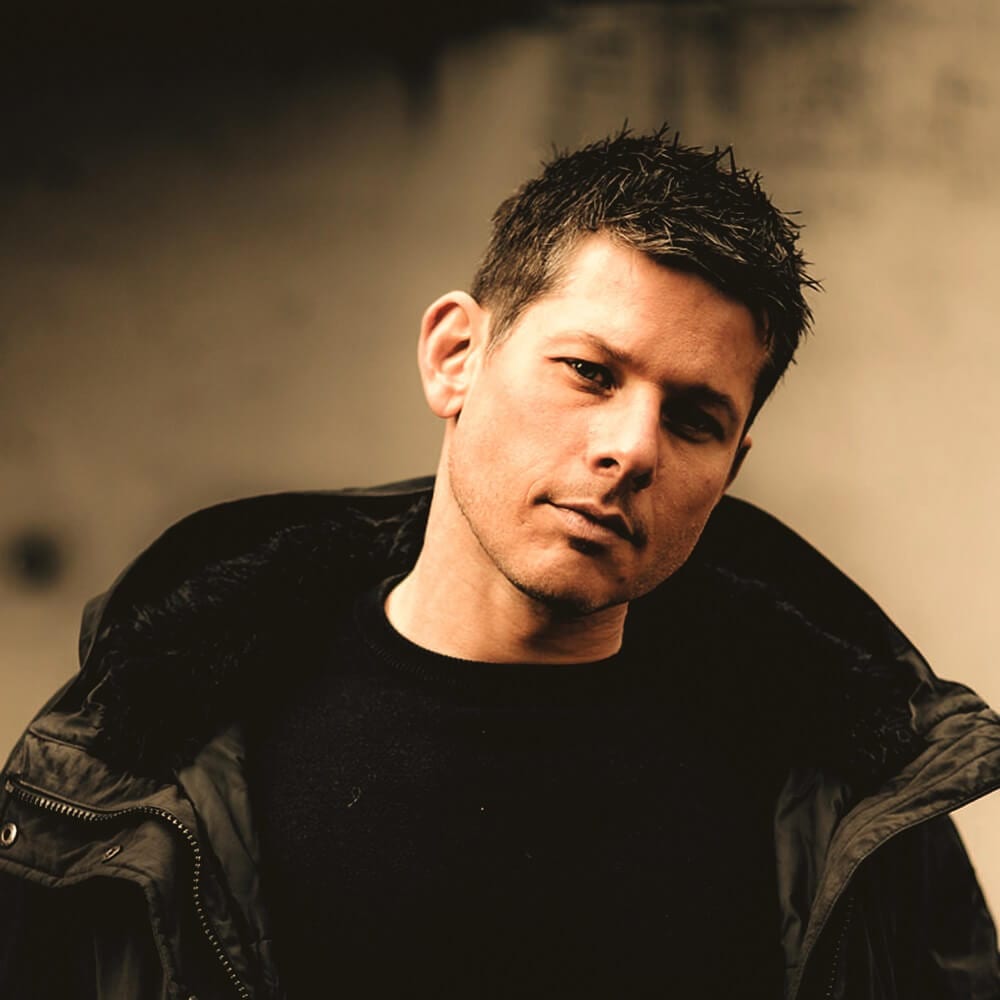 Murdock will release his debut album on Viper Recordings this October.

Entitled Stronger, it features genre titans such as Roni Size and Jenna G and, he promises, will span the full spectrum of the genre he’s championed and pushed since the late 90s as a DJ, artist and as a promoter behind the massive Rampage events. It launches this week with the new single Holding On with fellow Belgian maverick James Marvel.

In January we spoke to Murdock when he’d just collaborated with a reggae don Errol Dunkley. Now he’s announcing his biggest release to date. In between he’ll also be hosting the first ever Rampage open air summer event. Stronger will cap off one of the most pivotal, busiest years in his career so far. We called him for some strong words…

Debut album time! How long have you been working on it? What’s the concept? Tell us everything!

I have been working on the music for well over three years, but the idea that all of it would result in an album was born about two years ago. I just had been steadily working on music, and it started to get a vibe where I felt all of it would tie in nicely together in album form, and Viper felt the same way. It doesn’t have a theme, as such, but I wanted it to represent me as a drum & bass DJ and artist. If you catch me playing a certain slot at a certain night, you might hear me play deep, laidback stuff. But find me playing peak-time at a big rave, you’ll see me churning out pretty dark tunes. I wanted all of that to be part of the album.

Right now all we know is the single Holding On with James Marvel. What else can you tell us about it in terms of vibes and collaborators?

I first started out playing hip-hop, then got into breakbeat house, electro and techno, and then discovered jungle. And it wasn’t till the Full Cycle sound engulfed me that I got completely involved in drum & bass. I felt that if I was to release a debut album, that should be represented well. So I was very keen to get something going with Roni Size, and I did.

I don’t know him well but we obviously crossed each other’s paths quite a few times over the years and when I hit him up, he was very receptive to the idea. I cooked up something that tried to capture that late 90s Full Cycle vibe and he put some Size swag on it. I couldn’t be prouder of the end result. When I sent him my initial sketch – which was only 16 bars of intro beats, a guitar lick
breakdown and a 16 bar drop – he emailed me a few days later that he had edited it to play out and had already dropped it a few times and the crowd was loving it. To have Roni Size play out a rough sketch of mine was an achievement by itself to me!

Yeah that’s wicked. Who else is on the album?

There are some more people that have been crucial in my drum & bass career and I have aimed to get all of them on board. One of them was on the first track that helped me connect with Viper, and that is, of course, the inimitable, unbelievable and undisputed queen of drum & bass Jenna G. She’s such an incredible talent and I consider her to be a dear, dear friend of mine. Make Me Stronger started out from an acapella she had recorded and became my most popular track to date at the time, and somehow set the tone for a lot of the music that was to come after. It also spawned the name of the album, Stronger.

What’s the most important thing your debut album has to say to the world?

I just want it to paint a good picture of who I am as a D&B DJ and artist. Drum & bass to me is unique. In many ways of course, but especially because every vibe and every style can be translated into it. If you go to a house night, you’ll mostly hear one type of house at a time, whether it be deep or Latin or tribal or tech house. Same with most techno or even hip-hop nights. But if you go to a D&B night, you will hear bits of soul and funk, hardcore throwbacks, rave bits, techno sounds, hip-hop, ragga and pop vocals, big synthy stuff as well as acoustic instruments… All in one night. And I love that about drum & bass. You will always have events that cater to one particular style, but the nights that have it all are the ones that I like best and represent our scene the most. And if my album reflects that, that will be mission accomplished to me.

What’s been the hardest part of the process so far?

I think I’d have to say that getting vocals done for certain tracks was quite an ordeal. On the one hand because I myself am very inexperienced in the matter and I had to learn how to put into words exactly what I wanted for certain tracks, even sing my own demos. But also because some people are just very elusive and often very slow. So to wait for a vocal version for weeks or even months, and then have to go back and ask for things to be changed, knowing very well that those might take another number of weeks, was quite discouraging at times. But after a while I resigned to the idea that this stuff takes time and I just kept getting on with other stuff while I waited for a vocal to come back.

What can we expect next between the first single and the full album release in October?

We’ll be dropping two more singles before the album drops in October. We are currently deciding which ones those will be, but I am already preparing something really special for one of them, but it’s still in such an early state that I don’t feel like I can disclose anything about it, just in case it will still fall through. But it’s very, very exciting stuff! And in the meantime you can catch me testing out all these new bits at Rampage Open Air, Tomorrowland, We Are Electric, SonneMondSterne, Dub Elements & Friends and loads of other places.

What else does the world need to know right now?

People often say the best time of their life is when they were in high school or at uni, without a care in the world, and the only worry was getting to the next party. But to me, it always feels like the best part is always yet to come, no matter how amazing the recent past or the here and now already is, because when I look back, things have only always become better, more interesting, more full of life and joy than they were before.

Hence, I feel I am still getting stronger, going from strength to strength, with projects, music, family and life in general. And that goes for drum & bass as well; mainstream media has decided D&B is dead so often, while it only seems to be getting bigger from where I am sitting. And even though the chart success it had four, five years ago has dwindled down, the amount of people going out to D&B parties, finding the artists at festivals or streaming it at home only seems to be growing. Also, personally, on top of doing our first Open Air edition this summer on July 26 – 27, I am taking Rampage into uncharted territory over the next 12 months, so there’s another thing that seems to be gaining momentum. So that’s me, my projects and the scene in general, all getting…. Stronger. 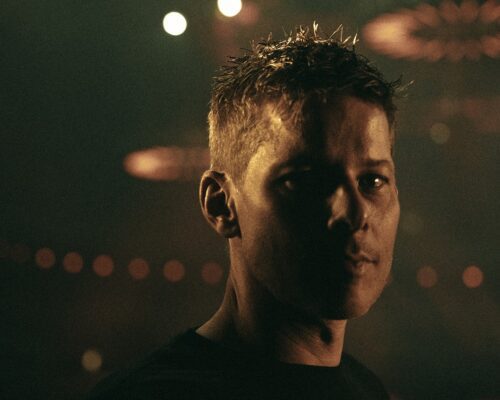 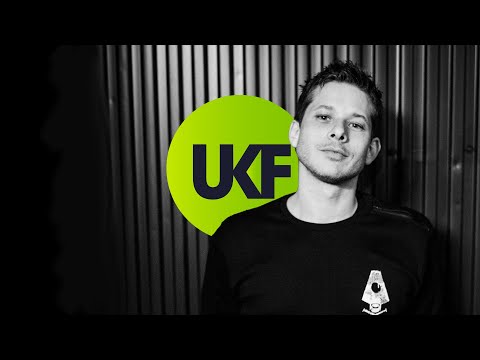 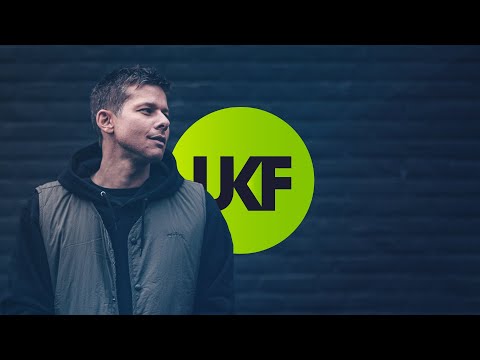 Murdock – Come Together (ft. Pat Fulgoni)
AUDIO
0 shares
SIGN UP NOW & STAY LOCKED!Sign up to our newsletter to keep up to date with the latest streams, news, and events, all tailored to you.