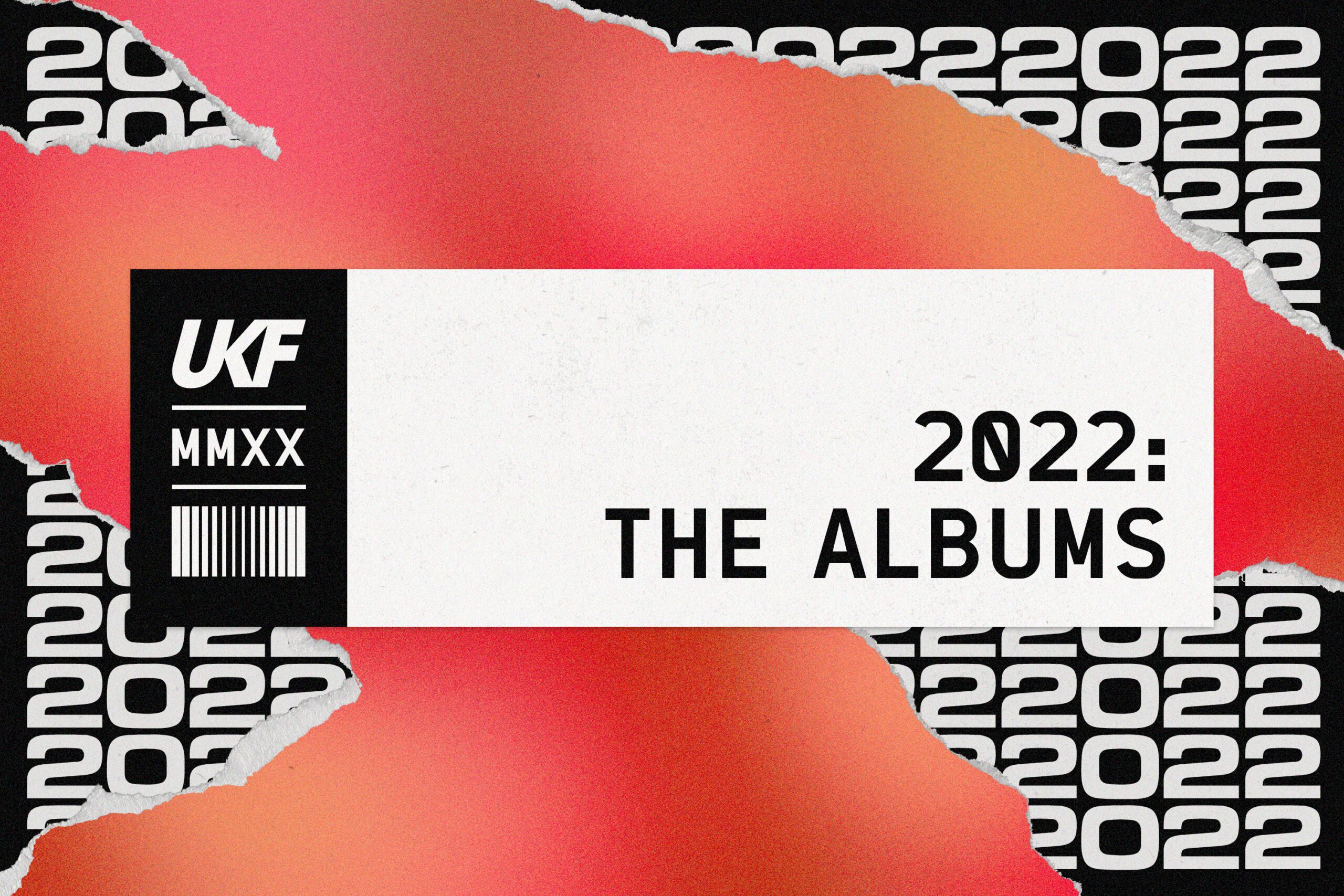 As is tradition here at UKF, here we have a run down of 2022’s standout albums as chosen by our writing staff. This year has been rammed with amazing albums across our whole spectrum below we have selected just a few to listen back to. Which album would you add to the list?

Temporality is a tricky thing when speaking about drum & bass. On the one hand, it’s an inherently futuristic genre – tracks like Dillinja’s classic “Cybotron” bring to mind cyberpunk landscapes of the likes that you see in The Matrix. But can we really call that vision futuristic now, when we first dreamed of it thirty years ago? The passage of time has arguably rendered d&b, once the domain of sci-fi futurism, a nostalgic music.

It’s that complex relationship with time that Wardown hones in on in his second record, Wardown II. Where his first album wistfully documented the past of his Luton-adjacent hometown, this new collection evokes an optimism for the future that we have since lost in the jaded 21st-century.

Time travel, robots and the promise of instant gratification at the push of a button – all are referenced in the carefully chosen samples that Wardown has built his tracks around. In “Time Capsule”, a jaunty nursery rhyme riff interweaves with recordings of children sharing their hopeful predictions for the future. Tracks like “Stimulus Progression Pattern” evoke a powerful sense of yearning in its heartrending strings and mournful vocals – both familiar motifs to Technimatik fans. The record reaches its euphoric pinnacle though in “Ideal City”, where chiming synths converge over the blissfully wide-eyed cry: “Nature and balance, true. I love this place.”

Once again, Wardown has nailed our uneasy relationship with nostalgia with an album that seems to ask: whatever happened to that naive idealist time when we still believed that better times lay ahead – and how do we get it back? (Becca Inglis)

Renaissance is the one album of the year that I had on repeat for weeks on end. At the first listen I was suitably impressed but not blown away, however enthralled by the uniqueness of the project I found myself returning to this EP multiple times, with each play I loved the album a little more, hearing hidden subtleties of my favourite genres peeking through the 80’s drenched synths. It’s a real work of art and a true treat for solo headphone listening. While it comprises many great standalone tracks, its sum is greater than its parts with each track building on the and adding to it mastery.

Not one for the purists this release journeys through 80’s synth wave and laid-back euphoria into dreamy low-fi and introspective post-dubstep and finishes with a flurry of the 170 breaks you’re more likely to read about on this site. While I thoroughly enjoyed the sun-kissed miami-vice vibe of the album opener’s such as Storm In A Tea Cup and Wet Cigarette for me the real magic happens in the later half of the release. One highlight is Closer 2 U a slow moving nod to dubstep past with a warm, mellow low end and pitched up emotive vocals, cloaked in hazy layers of atmospherics reminiscent of Burial’s earlier works. Another notable track has to be the collaboration with Enei and SOLAH, Hush a deep sub, slightly wonky toned chords and SOLAH’s beguiling lyrics give a dark and ghostly vibe which is lightened by the pairs signature, clicking mircofunk sound.  And for the Steppers among you Addicted To Space is completely unmissable for all its groove and its understated UKG bassline.

After the huge success of their earlier EPs on Hospital Records, it was odd to remember that Renaissance was, in fact, the duo’s debut album. However it seems a paradoxically prominent time for the Russian artists to release such beautiful music with the turbulent times many are facing in Bop and Subwave’s home. It reminds us of the important role music plays in the ability for humans to connect and heal. (Whisky Kicks)

Satl caps off 2022 with a collection of cold, hard beats on his debut LP. ‘Gloom’ shows us the true breadth of his creative tastes, with dynamic production skills to match.

In an interview regarding the album earlier in the year, Satl revealed his addiction to making beats – relishing the winter months in Poland as perfect studio weather. TNQ sources also say he pumps out tunes at a crazy rate, giving him the ability to search his dub library for different threads to make up a project. ‘Gloom’ is the product of this process, containing all sorts of tempos and styles, and of course plenty of D&B – all tied together by the concept of those grey winter months.

It’s difficult to narrow down specific highlights among the 13 tracks. But as a minimal D&B buff myself, the more stripped back rollers are the first thing I notice – tracks like UFO, Hard Times, Kamikaze, and Bapao all deliver. And while we’re still in 174 Land, Rxde Or Dxe Pt.2 – with it’s mesmerising arpeggios – also needs a mention. He must’ve known he was onto something special, tying-in that same arp at a lower tempo and enlisting the bewitching vocals of Rhi on the part-one version, Ride Or Die.

There’s a couple of soulful tracks on here too. ‘Standing By’ is probably the warmest moment of the album, featuring softly sung words from Saigo. He keeps it minimal – there’s a reliance on the vocals and atmosphere, adding a crushed and reverbed kick to keep the beats moving. The very next track ‘Karma’ is the closest thing we’ll get to liquid on here, and the final vocalist appearance from the legend, Frank Carter III.

Finally… these UKG tracks! With his background in D&B, we know Satl gets some influence from the UK, but that gets even further reinforced on these energetic four-fours and two-steppers like Zmiana, Reality Check, and Werk It. Loaded with samples and sounds that could be straight out of Croydon in ‘06, Satl cleverly maintains the album theme and flow while introducing something we hadn’t heard from him before.

The chronicle of multi-genre albums in bass music is a bit patchy – but Satl has totally nailed it. Satisfying everyone from the open-minded listeners to D&B purists. (Sam Yates)

vocalist and the changing view that they are music artists in their own right who deserve to lead productions. It’s about time. When Hospital signed SOLAH and eventually revealed plans for her debut album, it was one of those moments promising something special, and it didn’t disappoint.

Everything about this album is magical – from the sentiment of the title track, which is dedicated to her son and the way he has inspired SOLAH’s journey, to the insanely good soulful sonics and clever song writing oozing throughout the tracks. We’ve heard a lot of albums come from the Hospital camp over the years, but this honestly feels like one of the strongest, most positive releases the label has put out. We shouldn’t be surprised though – SOLAH has been responsible for some of the most beautiful D&B vocals over the last few years, particularly when linking up with Halogenix. It’s amazing to see her finally getting the limelight she deserves. Big shout to Emma B too, who has been SOLAH’s trusty DJ companion for her live performances. Wicked combo. (Jake Hirst)

When releasing this album Icicle also dealt us a devastating blow by announcing that this would likely be his last ever drum & bass LP. But what a send off it is, an energetic mix of dark drum & bass and thick, industrial techno influences, with lashings of dubstep and UKG through-out to nice things up. True to the music released throughout his career Icicle effortlessly blends the more sinister sounds of bass music with unquestionable groove and emotion.

A real highlight of the album for me comes from the impossible to ignore Dominate. At its core it’s a relentless techno stomper. The continuous, pounding 4/4 leaves minimal space throughout the track creating a feeling of intoxicating excitement, building with every bar, meaning that the minute twinkling of sparse sci-fi sounds is all that is needed for a rapturous effect. Another callout has to be Perspective if for nothing else other than its unrivalled menace, starting life with all the creepiness of a lonesome music box in a Stephen King film, layers of razor sharp slices and bone grinding crackles are added until the drop reveals a killer low end. But things get weird at the second breakdown- distortions and twists pushed to almost uncomfortable limits. We can’t talk about this album without mentioning the collab track with Skittles, Love with it’s outstanding example of a MC lead track. (Whisky Kicks) 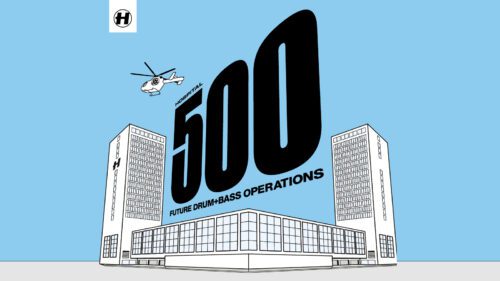 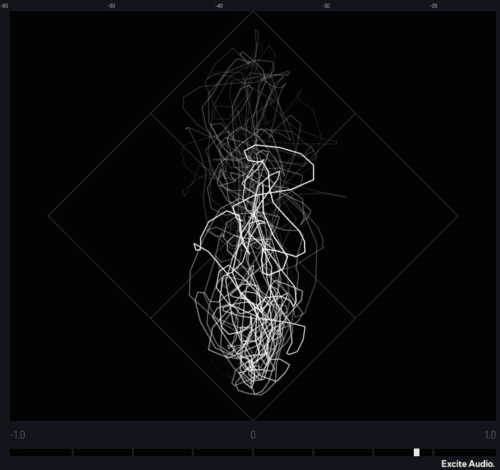 2022: The Artists
WORDS
142 shares
SIGN UP NOW & STAY LOCKED!Sign up to our newsletter to keep up to date with the latest streams, news, and events, all tailored to you.