They are one of the most prominent names to carve their own style through the years in modern electronic music; yet there’s no specific way to actually describe Zeds Dead’s sound. That’s the beauty of watching this duo’s career explode over the last decade. They have easily surpassed any career length expectation and continuously ride a wave of growth through all sounds and styles they have since explored.

Since starting on the scene back in 2009 with their Eyes On Fire remix, this duo has stayed true to the Zeds Dead project while being able to pivot and expand their brand across all avenues of the music industry. They represent innovation and project integrity, all wrapped up in their classic Zeds Dead sound that has evolved for over a decade. A true testament to their artistic abilities, Zeds Dead have never been held to one genre or style of music. Stretching back to their timeless BBC Radio Essential Mix, they have consistently shown us that they really can master it all, from dubstep to house to drum & bass and everything in between.

Five years ago, they launched their iconic Deadbeats label, the quintessential home to groundbreaking artists in electronic music. Deadbeats has become a leader of its own in the North American electronic music scene, being the breakout label to notable acts like Subtronics, PEEKABOO, DNMO and more. As a celebration to this huge milestone with Deadbeats, Zeds Dead just launched their brand new label.

Altered States is dedicated to chill, downtempo electronic styles; to kick off the celebration of the new label the duo dropped a new mixtape Catching Z’s. Taking the listener on a soundscape journey through the vision of Altered States, the 13  track, 37 minute mix is a brain-massaging audio experience that unveils a deeper and serene side to the Canadian duo. Once again it showcases how musically gifted they are and how they can master any form of electronic music.

If you want to be taken on a deep thought-inducing, melodic trip that’s sprinkled with downtempo bass, Catching Z’s is the mixtape for you. Check it as UKF catch up with the duo over email about the journey of Zeds Dead, Altered States and what’s ahead for the ever-inspiring duo.

First, Congratulations on the 5 year anniversary of Deadbeats! What an incredible milestone to reach. What has been the most memorable moment for either of you through these past 5 years of launching the Deadbeats brand, across all of the events and the billions of streams?

So many great times at Deadbeats shows including our Deadrocks events. We had Noisia open for us at Deadrocks which was so awesome. They’ve been such a big inspiration over the years and we were just watching the show and absolutely loving it. We also released Griztronics on Deadbeats, and seeing it blow up everywhere from TikTok to live shows was pretty crazy.

I have to share that you two and UKF are two of the main reasons I started listening to bass music back in 2009, so this interview is a very full circle moment for me. Did either of you expect or envision your careers to be at the incredibly influential level they are at today?

Definitely not, I always felt like I was nobody in comparison to the artists I looked up to when we were starting to release music. Never thought I’d hear people tell us that we were their entry point to this music, that’s still crazy to me. I guess I did hope to have an influence on music on some level but it wasn’t something I thought about a lot.

When I think back, a surprising amount of work went into the first Catching Z’s mix. It was being worked on little by little for over a year… The idea was that it would actually be something you could fall asleep to, so rather than usual with mixes where you’re mostly trying to build energy that mix gets slower and slower and slower. Catching Z’s the mixtape was going to be the same idea geared towards sleep but over the course of making it, it became less about that and more about the dreaminess and relaxation. It’s a small distinction but when we were first working on it we kept asking ourselves if the song was too energetic or would wake somebody up from sleep…so we decided to stop worrying too much about that. We thought Catching Z’s would be a great way to kick off the Altered States label and set a tone. Where it goes from here can always change based on the music we hear but this is the vibe we have in mind at least for now.

I have to commend you both on the entire Catching Z’s tracklist. It’s so diverse while remaining in this downtempo, electronica realm and pulling in the classic Zeds Dead sound. Why was Late Night Drive chosen as the first single to drop on the mixtape? What are your favorite tracks of the mixtape?

We wanted to put something out that gave the vibe of the mixtape so we didn’t go with one of the songs with singing which would usually be top choice for singles. It was hard to choose because it’s more about the whole listen rather than individual songs, but it’s one of our favorites.

Let’s talk about the visual aspects of the brand. What inspired the artwork for the mixtape and what do you both envision for the rest of the art for releases on this label?

We were looking for things that felt dreamlike and psychedelic mainly. We were looking for examples of art to make a mood board for an artist to work with and we were just like maybe we can just ask to use one of the pieces we found?

As Deadbeats expanded into hundreds of events, can we expect similar output for the Altered States brand? What are some of the other visions and goals you both have?

The Deadbeats Twitch channel has become a staple in my work from home life. Which stream was the most fun for you both to put together? When can we expect a Zeds Bread food line?

The live DJ sets are always a lot of fun especially during this time when it’s our only chance to play a show and rock out. I’ve had a lot of fun lately doing the Drawing with Deadbeats streams because it’s just like hanging out listening to music and painting with friends.

You two have inspired countless careers within the music industry, mine included. If you both had to share a piece of advice to anyone looking to dive into this crazy, rollercoaster realm of music, what would you say to them?

I don’t really have much advice other than to just keep at it. Keep getting better at your craft and keep building.

You two clearly have an incredibly compatible relationship as a duo. How have you managed to work so cohesively together for over a decade now?

A lot of it really just comes down to having similar taste in music I think. I don’t know, we just both are interested in making music that we both like if that makes sense. Our musical friendship started with us playing one another our music and then critiquing or working on the other ones stuff and things haven’t really changed.

Northern Lights is an album that only gets better with time, so I feel compelled to ask for all the ZD fans out there, are there any future ideas or plans of another full-length Zeds Dead album?

Yes we’ve been working on a second full length album. Hopefully it will come out late this year or early next. 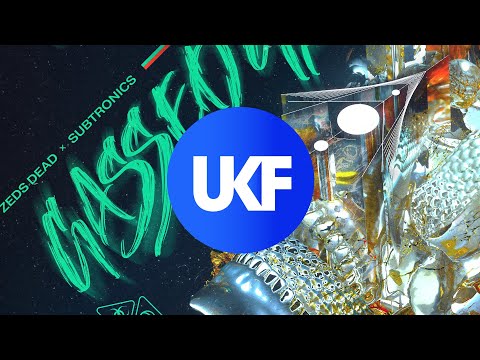 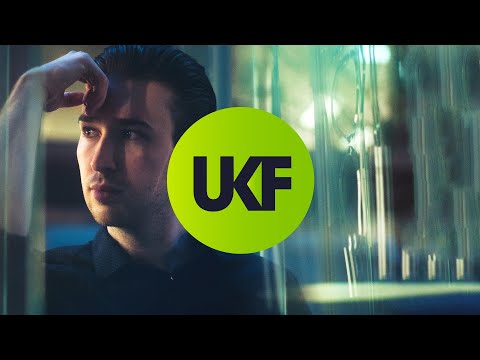