Critical bossman Kasra is something a rarity in the modern game. While almost every act who’s emerged in the last 10, possibly even 15, years has come through with productions before getting regular bookings, he’s best known as a DJ and label head and has only ever released a handful of solo tracks and collaborations. Until this month…

After 16 years of running Critical and collaborating with the likes of InsideInfo, Enei and Mefjus, Ski Mask is Kasra’s official debut EP. As you’d hope from a man who’s been bruising dancefloors for almost 20 years, not to mention giving the world acts such as Sam Binga, Foreign Concept, Halogenix, Ivy Lab, Klax, Emperor (to name a few), the EP absolutely bumps.

It covers the full range, too. From the flabby toxic bass slaps of the title track to the dreamy slides and glides of From The Outside In, the Ski Mask EP is the sound Kasra stepping from behind the decks and label desk and coming correct as an artist in his own right. And we have it on good authority there’s lots more to come… Including that remix of SpectraSoul’s Organiser certain DJs have been caning this summer.

We called him up. This is what we learnt…

After years of working with some of the brightest minds in D&B, Kasra felt was now or never. There was only thing in his way… That evil inner perfectionist.

“Last year we had our 15th anniversary and I thought to myself that it was about time I embarked on a project of my own. I’d done the odd bit here and there and a lot of collaborations and  being in the studio with other producers had taught me alot and I’d always been writing ideas so I went through them and knocked them into shape. Before then I felt pressure to write a tune that I wouldn’t look back and see as a waste of energy. In that sense it had to be perfect.

“Then I read this tweet or interview quote that said ‘not everything has to be a hit’ and I thought yeah right. I have to adopt the same principals I do for artists on the label. Write what you want to write, release what you’re comfortable releasing. I finished it off, send it around to people and they said ‘this is good, you should release it’. Self A&Ring my own music is very difficult. It has to be. Most, if not all, producers admit they don’t like their music as much as other people do.”

Ski Mask was the tune that triggered the EP. Its name is inspired by the guitarist from The Nothing

Ski Mask was the first finished tune of the EP and kicked off the whole EP concept. “I sent it to Alex Enei for some feedback because he’s great with that type of thing,” Kasra explains. “His advice was really helpful and I knew from there I had an EP to develop.”

But if you’re wondering about the title, don’t worry, Kasra’s not getting into road garms or about to launch a new line of Critical winter sports merch. The title came about a lot more randomly.

“I’m really big fan of a band from Philadelphia called Nothing. The guitarist Brandon is just some guy who I find really funny and his Instagram handle is Ski Mask which I thought was a cool name for a tune. I like the connotations of it; it’s a bit dark but a bit silly, I mean it in a light hearted way, by the way, and not in such a threatening way.

Kasra and Insideinfo’s Circuits project was a big inspiration, too…

Earlier this year Kasra and InsideInfo released their debut EP as Circuits. They described the project as a hardware based experimental fusion of their styles in a previous interview on UKF. “I find working with Paul makes me try out some ideas I wouldn’t necessarily try myself. This opens things up for some more experimentation,” explained Kasra at the time.

“Paul is an incredible musician and producer. His technical ability is beyond anything I can imagine. What worked well with the Circuits project was me coming with my ideas and him making them shine. I played him other things during those sessions and he suggested I released them. Having someone you work with, who you trust, to feedback on something is really important. It gives you the confidence. I often sit down with artists and they say they don’t like particular tracks. But the ones that they think are the weakest you might  find a really interesting element in that’s worth exploring. It’s having that distance from your own work I guess.”

The Ski Mask EP is not a one off. Kasra’s got stacks packed for the future. Having invested the last 15 years in Critical, he’s now able to free up more time to pursue as an artist.

“One of the main reasons it’s taken so long is that I’ve been building up the label and my DJ career. The label has been an amazing amount of focus for what I do. That and DJing doesn’t leave time to sit and make tunes. But I’ve expanded the team working on the label so I can focus on more creative aspects. Circuits has gone off to a good start and we’ve got more stuff coming out including our remix of SpectraSoul’s Organiser, there’s our remix of Sizzle Fizzle for the Mefjus remix album and a track with QZB for their EP. We are working on another Circuits EP for early 2019 then ill do another release myself soon after, plus me and Enei have about 6 tunes ready to go. You get into a groove, especially when you’re working with talented people , it’s been inspiring. It’s an exciting time…”

Kasra – Ski Mask is out now on Critical Music 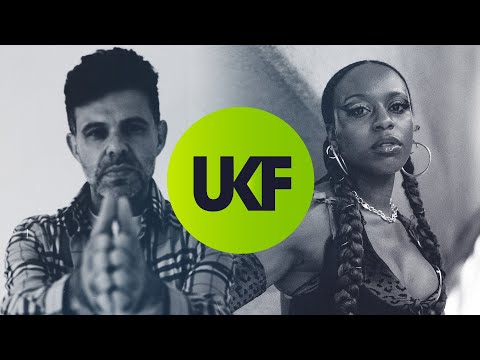