S.P.Y and Shadow Child’s dirty bit on the side, CODE 23 came about through their shared love for early 90s jungle and drum & bass and mutual appreciation for each other’s work. What began as a cheeky VIP request from Shadow Child has snowballed into a partnership with serious promise.

They’re about to make their DJ debut together next Friday, February 19, room one, fabriclive for Shadow Child’s Connected album party alongside Ben Pearce, Ashworth and Theo Kottis. The stars are aligned for this one as S.P.Y is also playing room two for Med School’s 10th anniversary alongside Etherwood, Keeno, Anile, Frederic Robinson and many more.

We caught up with Shadow Child to find out more about this exciting new partnership below. First, though, Girls. Stuttering breaks, icy pads, booming subs… It’s the first track to come from their collaborative venture, it’s not likely to be their last, it rocks and it’s yours for free. Enjoy and get to know…

Tell us about Code23…

It’s a bit of a self indulgent one at the moment… Reviving old D&B flavours and obsessing about 1994! It’s developing into something else though already so won’t be all about cut up drum breaks. It’s the meeting of both minds, that each love to dip into other things. It’s great premiering the tracks, and also something will feature on my ‘Shadow Child: Connected’ album. Sitting around complacent is never the best for creativity!

So far it’s like everything we love about early jungle with a touch of today’s production. It’s been in the making for so long that others have also dipped in too but we’re developing into much more, away from the breaks.

How did you guys meet and come to work together?

I bugged S.P.Y for the stems of his track with Total Science called Guidance, so I could do a VIP for my Essential Mix… We got chatting and I discovered Carlos loves house too. So we linked up to see what happened in the studio as a bit of an experiment, and these first tracks were born. It’s funny as it was around the time of the early Special Request stuff too so we knew the timing was right! It’s just been so hard getting these tracks finished due to both of us heavily touring and moving house.. and for me I’ve  had my first little one so it’s all been a long while coming – musically!

As a duo, do you have a specific process when it comes to working together in the studio?

Carlos is so quick with ideas. I’m quick with production and beats so the two fit together really well! It’s just getting the tracks finished and across the line that takes time, but we have so many ideas in the bag to develop already.

How would you say you complement each other?

S.P.Y’s production is so clean, and so perfect – the pads and samples he uses are so good, so my grainy raw house production seems to complement that really well. There’s also a lot in Carlos’s projects. Lots of sequencer tracks I mean, but I usually come in with the Code 23 stuff and strip loads away! I always feel bad but less is definitely more at the moment… Unless it’s Carlos’s own D&B where it’s all about pristine production and so many layers, he’s so good at that.

What can we expect at fabriclive next week?

We have no idea. Seriously! It will be fun and musically solid though, we’ve never done this yet but I can’t think of a better place to premiere our project. Bring it on. 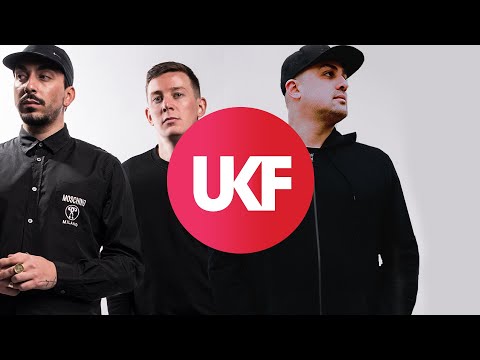 “It’s about the vibe”: Why Dubplate Style is the most important project in S.P.Y’s career so far…
WORDS
544 shares
SIGN UP NOW & STAY LOCKED!Sign up to our newsletter to keep up to date with the latest streams, news, and events, all tailored to you.