Animal hospital manager by day, singer by night; Solah’s star has been shining in drum & bass for a few minutes now.

Breaking through in 2016 on the Tantrum Desire juggernaut that is Oblivion, her signature jazz-tinged soul style has been flexed across a wide range of bass styles with collaborators ranging from GLXY to Oliverse by way of Neonlight and Shyun. She’s also appeared on key albums by both Emperor and SpectraSoul; the former with the surging, urgent Made Of Light (which they also flipped into an unplugged version) and the latter with Fiction, one of the key emotive peaks in SpectraSoul’s third album How We Live.

The producer she’s perhaps most associated with, however, is Halogenix. With releases between them on both Critical and 1985 going back over two years, they’ve given us the dreamy hopeful sounds of The Night and the smouldering jazz haze of Flames… And now the gutsier Out Of Line. Laurence Halogenix gave us the heads up on it last year, he described it like this…

It’s got a mad summer vibe and has sassy ‘don’t take no shit’ lyrics rather than your typical heartbroken love song we get in drum & bass a lot. I asked Hannah (Solah) if she was up for flipping the scrip and turning into more of a soulful, R&B thing and she was. I sent her a load of sick tunes for references; Toni Braxton, Tina Turner, Uncut’s Midnight tune.

Script officially flipped, it’s out now as part of Halogenix’s Gaslight EP and it sounds like this…

Out Of Line: Halogenix gave us the heads up on this last year. He said about giving you Toni Braxton and Tina Turner records as references…

Yeah that was awesome to be given that type of brief. You don’t get those type of reference points given to you very often in drum & bass. Laurence is great fun to work with anyway, we vibe off each other and I have similar influences I think, especially with the more neo soul type of things. It was cool to be given a sassy brief and explore that side.

I think that’s missing a bit in drum & bass…

Yeah maybe. There’s some great commercial stuff that’s nice to sing along to but there’s definitely space for more of that style of vocal.

I’m wondering… Drum & bass is technically one of the hardest genre to make. So is it one of the most challenging genres to sing on? I know it must be harder on busier, techier tracks where there’s lots going on in the production?

Interesting one. I think because I mainly work on Critical releases I’ve found a sound that fits my style. There’s more space in the Critical sound. Obviously they do a lot of heavier releases but the ones I sing on are the more chilled out, deeper ones that make me chill out more as a singer. Is it the hardest? No, but it comes with its challenges and its own unique ways of working. But then Made Of Light was a fast-paced and an intense track and I found space to work in that track.

Yeah that was great and I loved that opportunity. It’s amazing to feature on tracks but this allowed me to expose more of my style and let my influences show. And also show a different side to the song.

Yeah it flipped the song on its head

It did. I actually wrote that song about Fabric. At the time the club was on the ropes and I was imagining losing it and picturing being in it. Doing the unplugged version allowed me to elaborate on that and sing more lyrics.

Interesting inspiration. What other things have led to songs?

Loads. I try and make all of my lyrics to relate to my life. I can write to a brief but the best songs are ones that I have an attachment to, something that’s part of me or a moment of my life. Fiction with SpectraSoul is based on a real life situation with someone I crossed paths with. They were a compulsive liar. There are some much more positive tracks coming which were inspired about going travelling with my partner. They’re all personal.

Sometimes. But you also get in a frame of mind kind of like an actor if you’re writing more to brief about a certain theme or situation. That makes you think about how you personally might react to relate to a situation. So even if it isn’t personal, it is so you can feel it and convey that emotion.

Do you also vibe off and react to the music you’ve been sent or in the studio when writing?

Definitely. Made Of Light instantly took me to Fabric, I could picture being there. So that was a definite reaction to the music. Flames brought out a more sensual side that I drew from, so yeah the music does matter. I has to lead me down that route emotional. The Night led me emotionally to write something positive and pretty in some ways – the way he’d written the music brought that out in me. But any writer will say you get writer’s block, moments when you’re pursuing an idea and it doesn’t work. There are moments you have to tear up the rulebook and think differently or do something in a different way.

A lot of producers you work with do that too – Halogenix, Emperor, SpectraSoul – can you think of ways of artists making you work in a different way because of their approach?

Yeah Out Of Line wouldn’t be the same without his vision of how he imagined the vocal to be. In general Laurence is inspiring like that because he experiments all the time and he encourages you to play less safe. It’s always fun working with him, it’s very easy and the ideas go back and forth positively.

If someone was to email you right now for a collab who should it be?

I’d have love to have sung over Circuits’ Inertia. I emailed the label manager Badger about it when I first heard it. It’s an amazing tune. Working with Spectrasoul was a big thing for me. My favourite track in this genre is Light In The Dark with Terri Walker. So to work with them was a big moment. I’m just seeing where this all takes me. I love working with any artist who I share a vibe with. I’m actually working with Particle at the moment, his sound is really interesting and complementary to my jazzy, soulful approach.

Nice. What’s up next?

There are a lot of things bubbling away but it’s about timing and getting the ducks in a line. There’s nothing I can quite reveal for now…

How about live-wise? Are you a natural studio singer or natural stage singer?

I love performing! I don’t do as much as I should. I might be doing something this summer but it’s not confirmed yet. Performing is amazing though, I’ve had loads of experience in bands and other projects. It’s the most rewarding bit in terms of getting a buzz from it. I really enjoy writing as well. You can write at your own pace. But when you perform it’s in the moment and people are reacting to you. I love it, I’ve just not done as much of it in drum & bass…. Yet!

Halogenix & Solah – Out Of Line is out now on Critical Music 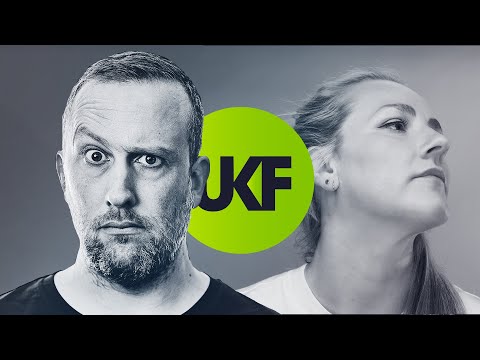 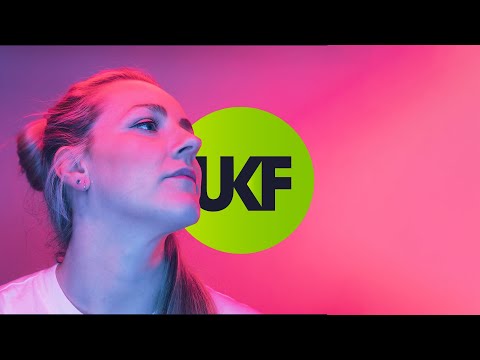 SOLAH – Everything Is Possible
AUDIO
0 shares

SOLAH becomes first female vocalist to sign to Hospital Records
NEWS
179 shares
SIGN UP NOW & STAY LOCKED!Sign up to our newsletter to keep up to date with the latest streams, news, and events, all tailored to you.