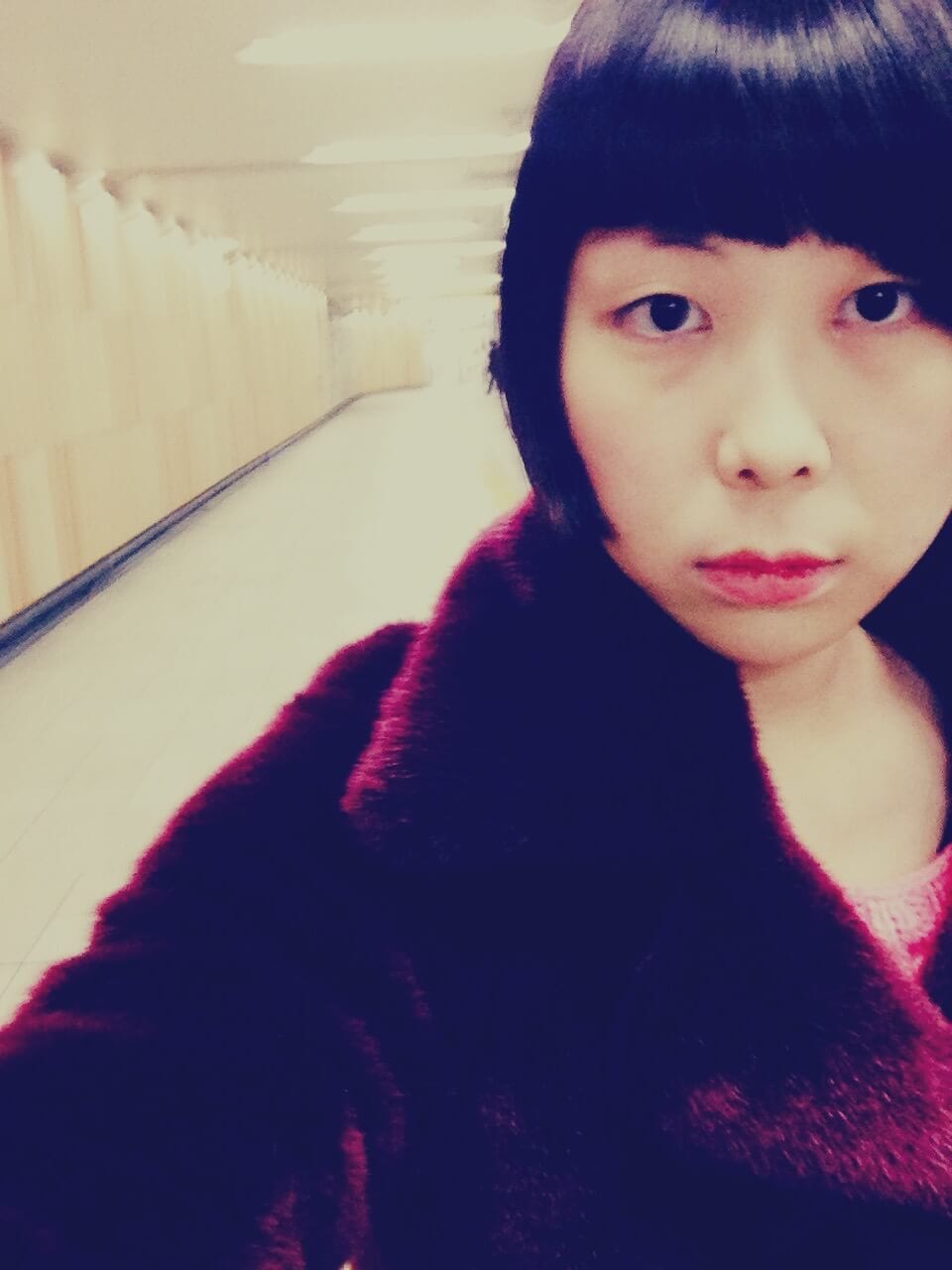 A bewitching fusion of sounds emanates from a studio in Saitama, Japan, right now. Much of it is drum & bass… But not as you might instantly recognise it.

It comes courtesy of Tominaga. Classically trained from the age of four, and an equally creative and painter, her music is freeform, theatrical, unpredictable, playful and often laced with barbed soul. It’s backed up by a rich catalogue of experimental electronic music and it’s pricked the ears of Blu Mar Ten via their 2017 remix competition to the point she’s appearing on next week’s Empire State remix album alongside the likes of Calibre, SpectraSoul, Signal, Conduct, Pola & Bryson and Technimatic.

Scan her Soundcloud and Bandcamp and her winning remix of Titans is the tip of an intriguing iceberg. The further you dive, the deeper and more unfathomable things get. From dynamic piano compositions to dizzying classical drum & bass jams via experimental staccato techno and her own delicate vocal pieces, she’s released a vast spread of styles that are glued together consistently with one distinct ‘no rules’ theme. Yet while she actively discards strict genre confines, she’s found an affinity within drum & bass due to its complexity, its scope of shades and even, as she describes, “its 85/170 geometry art”. Here’s how she got here…

How did you approach the remix?

Having a story within the music is very important to you isn’t it?

Yes, story is important. When I make music, I imagine some story every time, and I get some inspirations of music from the story. And I want to express a narrative through sounds or tones always because I’m influenced by classical music. But with this remix I imagined a story of goddess before the sound. Like, a goddess’s sadness. I decided to make the remix based on the story, and another theme of divinity. So then I took a sample of the Buddhist chant and it sounded really crazy to me. From there the direction of the remix was settled.

There’s a lot melancholy in a lot of your work…

Melancholy is very important mood for my music. I feel beauty in melancholic feelings. Like minor scales, dark colours, shadows. It may sound strange, but I get relief in these elements. And of course, in Japanese culture, there’s some custom of ‘loving shades’. There’s some possibility that I’ve been influenced by that too.

Yes, positive songs also have to have a place. What would you say is your most overtly happy song you’ve ever written? I’m thinking the I Wanna Be Your Stravinsky project?

Hahahaha, yes it is really a happy tune. I agree. I’m loving it. A song named Igor & Wolfgang in that album was written for my friend to laugh. I think that the music that makes people to laugh is one of great expression, so I wanted to try.

Tell us about your classical music background and what levels you studied it to.

I started to learn classical piano from when I was four years old to 16 years old. 12 years at a music school of YAMAHA. But it is not ‘study’ for me, it’s like playing. Playing the piano or making music have been a really natural deed for me. It’s still playing to me.

Yes – the idea of studying goes against the freedom of creativity.

I wanted to communicate with music like I’m a child, always. if not, music looks the other way.

It has an honesty then doesn’t it. is that why your music feels like it has no rules

That’s because I don’t like the concept of ‘genre’. Genres limit things. I don’t like that. When I did DJing, I mixed all genres of music. D&B to classical, J-pop, trance, minimal. All of the genres. Listeners were really surprised or angered, but it was not a problem to me. I wanted to mix all stuff anyway. I want music to be free.

Do you still DJ now? Give us an example of an interesting mix of styles…

No, I don’t. But I want to play in future. I make mix sometimes though. Stravinsky’s Rite Of Spring is a really good fit with London Electricity’s tune Billion Dollar Gravy or Power Ballads. I guarantee.

Nice. I was wondering about what you thought about the relationship between drum & bass and classical music?

Firstly, drum & bass is really complicated music, so I’m interested in it. I think many drum & bass producers have experience of playing instruments (maybe), so it is easy to hear for my ears. Also drum & bass can be 170 or 85bpm. That’s interesting to me. It feels like geometry art to me. And also complicated beats are really interesting. There are lots of possibility of arrangements.

So who does it best for you?

London Elektricity. I found LE’s compilation album “radiotherapy” in a CD store nearby my high school, and I was crazy about it lol. “What cool and dramatic and stylish music!!!” I was so excited.

How about other drum & bass artists who inspired you?

Photek, Fabio and other Hospital artists like Landslide, Kimyan Law, Seba, Robert Manos and Paradox too in more recent years in the past few years, I really love them.

What’s the drum & bass scene like in Japan now?

My first club experience was drum & bass by chance when I was around 17 maybe. Now, I think drum & bass parties aren’t so popular in Japan, but there are some deep parties in Tokyo I go sometimes. We have some very talented artists, though. Makoto is one of best D&B artists in Japan, DJ Aki is also a very nice DJ. For a more experimental style DJ ENA is amazing, too.

How about your own future and direction musically? You’ve explored drum & bass in more detail than other genres – do you have more to release following the Blu Mar Ten remix?

In future, the very far far future, I want to be able to write an orchestral piece. I have no releases for now but I started to make a new album by myself, bit by bit. I want to sing more on this album, too.

You sing quite a lot on recent releases. When did you start using and exploring your voice as an instrument? Is it a more recent development for you musically?

Yes, it is a more recent development. I’ve been singing since 2014. Before then I don’t like my voice so I never thought about singing. But suddenly I wanted to sing somehow. I think I got bored making music without vocals, so I sung them myself.

Now you’re about to release on BMTM, which three drum & bass labels would you most like to work with in the future?

It is difficult to answer because I never imagined it would be possible to release on a label. But with all respect, I’d like to say more music BMTM because Blu Mar Ten are crazy artists and the label has many inspiring acts, especially Kimyan Law. He is a blessing to me! Finding him is really awesome. Of course, Hospital, too. It has been a great label to me for a long time and I’ve respected it. Secret Operation, too, I think. I really love Seba and Manos and also Paradox with all respect. I’d like to do music with all of them someday.