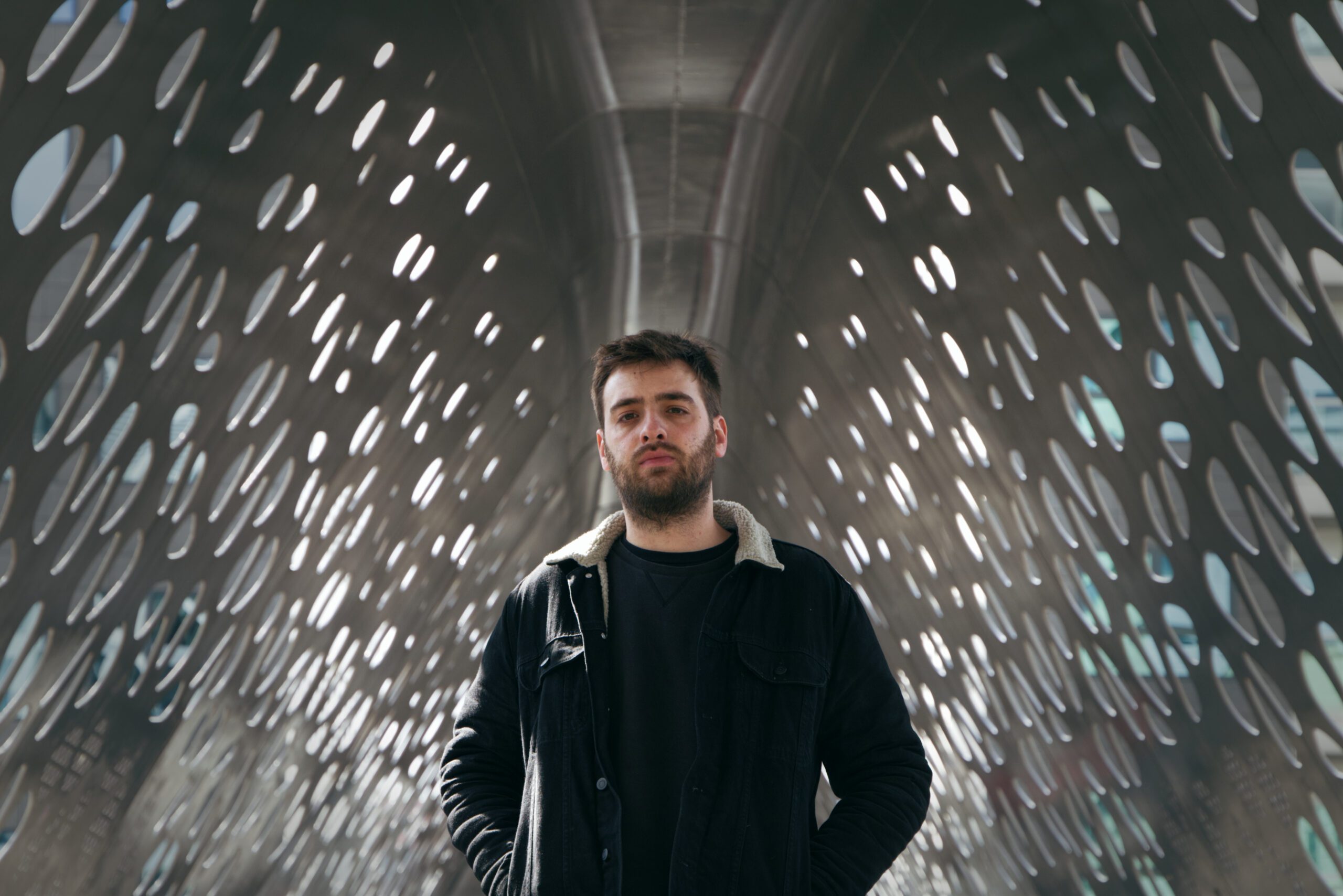 Bittersweet. That’s the name of Hiraeth’s debut album, and it’s been out since December 9. Not only is it his first album, it’s also the very first album to come out on Galacy,  the sister label of Liquicity. Started out in 2013 in a small space in Ghent as a producer, now  Hiraeth is slowly but surely making his way as a DJ as well. And with one of his first ever  sets being at Liquicity Antwerp, the road is open.

Finding his way to the bass scene thanks to artists like Netsky, LSB, Technimatic and Seba,  the Ghent artist has a passion for all things liquid, but on the album, he’s showing range.  Ranging from dreamy liquid to some more experimental harder tracks. “The most important  thing to me, is to make people feel some kind of emotion when they listen to my tracks. It  has to touch a soft spot.”

Your debut album got released on the 9th of December, and it’s the very first album to  come out on Galacy. Congrats! How did you make that happen?

I’ve been working with Galacy, the sister label of Liquicity, for some time now. Crazy to think  about it, because Liquicity was the first label I liked when I first started listening to drum and  bass. After a while I started to create drum and bass tracks myself, and then in 2018 I sent  one of those to the Liquicity demobox. I didn’t think I’d get an answer, but suddenly Boudewijn, Liquicity’s A&R, answered and invited me to Liquicity Festival 2019. We started  talking and that’s how my first release in 2019 happened. From then on, I kept releasing on  Galacy and here we are, three years later. I never thought I’d be able to work with the label that got me hooked on the drum and bass genre, so I’m very happy with what I have  achieved.

I wanted the album to be something of everything, I wanted to take that chance to really  showcase what I’m capable of as an artist and producer. I tried out a lot for this album, it was  a creative period for sure! Then I picked out the best of all the material I had made, and I  have to say, it’s a good mix. Liquid, a bit harder, jungle, non-drum and bass… Let’s call it  underground if you really want one word to describe it.

Writing the album, how did that go? I can imagine there were some obstacles on your  journey, or was everything smooth sailing?

Well, there has been this one period that I didn’t write anything, I think it was during covid. It  was a more difficult period, personally too. I had the feeling I was pushing myself to create  something, so I stopped making music for a while. Releasing music nowadays, it’s so  different and has to go so much faster than before. The consumption of music as well, with  streaming platforms like Spotify and SoundCloud that have sped up things massively. As an  artist, it’s hard to not feel forced to keep creating.

It makes me think of a podcast Workforce made around the topic, it’s called ‘Must Make’.  The name also links to the obsession to keep making music, to stay relevant in this scene.  But to continue my story, I think, because of different things, it became difficult for me to be  creative and that’s when I decided to take a break. After a while, I noticed it became easier  to start the creative process if I had a clear start and end to it, like opening and shutting the  door of the studio, for example.

And lastly, I noticed I began to doubt myself when I listened to my own tracks too much,  when I wanted to improve all the time. I think I have found a balance in that now, because  nowadays there are days where I don’t make music, and then I feel more productive on the  days where I do work on it.

You’re saying you’ve found the balance between making music and taking a break to  recharge. How did that process go?

What really helped me, is not checking the new drum and bass releases every day. When  you’re constantly looking at what other artists are doing, you’re gonna go crazy I think,  because then you’re comparing yourself to them all the time. Another thing that really helped  me to find the balance between making music and recharging my creativity, is finding that  mental freedom. There’s other stuff besides music in this world, I have a fulltime job for  example, I’m more than Hiraeth. I know I’m not the only one having a fulltime job next to my  DJ-career. LSB is one of my favourite artists in the scene, and he also has a part time job  still. It’s because he’d feel pushed to release music otherwise, and that’s how I feel about it  too. MC Fava as well, he’s still a teacher. As I said, there’s quite a few artists who work like this.

In other scenes it’s different. When you look at techno, with artists like Adam Beyer and  Charlotte De Witte, I don’t even want to know how high their highs and how low their lows  are. Touring all the time, creating, being on social media, marketing your business. That’s  why I’m happy drum and bass is still pretty small compared to that. We don’t have a lot of  viral artists, other than maybe Sub Focus, Dimension, Wilkinson and some more. When you  look at my level, it’s mostly people with a ‘normal’ job. Even artists like LSB and  Technimatic,. It’s keeping me humble and relaxed as well.

I said our scene is still pretty small, but I can tell it’s been growing, there’s a lot of  competition. But then, the real challenge is being consistent in your releases, in your work. I  see a lot of artists that release one or two tracks, and then take a break for months. That’s  not the way to go. There are few artists that stay around for five years or longer. One of the  only artists that don’t release often, is Halogenix, he releases like twice a year. But his  material is top notch quality, you can’t compare him to upcoming artists. I guess my advice  is, be consistent, but also protect your mental health. It’s important you find joy in making  music, otherwise it’s better you take a break for a while and really think about your artist  journey.

Zero T said ‘making music is a kind of sport’ once. He said you have to keep training your  skill, and you have to do it regularly. That way, it’ll become easier to keep producing and  creating tracks. Another way, for me, to keep being inspired, is to work with other artists. For  example, there’s some artists that send me beats sometimes, and that inspires me and  helps me get on track. And lastly, maybe the most important thing: don’t pressure yourself.

Now that the album’s out, what are the plans?

I’ve been booked for quite some shows, mostly Liquicity ones. That’ll make sure I get to play  out tracks from the album, and that people can get to know me more. Next to Liquicity  there’s also some festivals next Summer and a few smaller gigs like What-U-On-About,  where I’ll be supporting Workforce. It really is the ideal moment to get more gigs. I notice the  interest in my music is there, so that’s nice.

What does the future hold for Hiraeth?

I’d really like to get a remix album out for this album! But maybe more important, I want to  keep working with Liquicity. They get me a lot of bookings, it’s such a nice community,  amazing people. I honestly feel like I found a home with them, they’ve become such good  friends over time. I think I also want to return the favour to them. They gave me a platform,  so I want to give them more tracks. This might sound like I only release on Liquicity, but  that’s not the case. There’s also a remix of mine coming out on Soul Deep, and then there’s  another track featuring TZ getting released on a big label in the future. Next to that, there’s a  lot of tracks that are almost ready to go, but are still unsigned.There’s some labels I work  with more frequently, like Liquicity and Galacy, but the main goal is to just keep making  music, keep playing gigs, keep having fun with it.