Originally meant to be a Turno remix, then made as a VIP strictly for a few select DJs never to be released, demand has been such that it had to come out. Taking K Motionz siren-blasting, skin-exfoliating 2018 anthem to new hype levels, A.M.C has hit the target dead centre.

It sounds like K Motionz will fire with similar accuracy with his forthcoming remix of A.M.C’s Instigator, too. But that’s future talk. For now, here’s some real talk from both culprits in this gully remix shoot-out…

IDs have been floating around on this for a minute now. How did it come to life?

A.M.C: Basically, I heard about this guy who’d been copying some of my mixes, so I went to his studio to have a word with him. He wasn’t there, but I saw his computer was on in his studio so I nicked all the samples and tunes and there was this really crap tune called gun something. Can’t remember. Anyway, I used samples from that to make this total rubbish and suddenly realised it wasn’t too bad. So I gave him a keyboard.

K Motionz: A keyboard you haven’t given me the licence for! I’ve had it for months mate and I have used it yet.

A.M.C: Haha I will soon, I promise! On the real though; the original remix was meant to be done by Frank (Turno) but he wasn’t getting the results he wanted and he’s busy working on his album. We’re showing each other music all the time. Not just our collab work, just anything we’re doing. He’ll ask for suggestions, I’ll do the same. When you’re in the studio all day you get to point where you don’t know if it’s good or not. Frank’s too nice. He’s never told me anything is shit or to delete it. I’m the total opposite; I’m like ‘nah mate, that’s awful’. Anyway, suddenly one day I had an idea in my head for the remix of Gunshot. I hit Kallum up, asked him if I could remix it, got the parts of Frank, one thing led to another and here it is. I didn’t think it would come out. You know me. I love a dubplate and the best type of dubplate is the one that doesn’t come out. So I wanted this to be a VIP.

But then it popped…

K Motionz: It did. Everyone was on about it. It came through really quick, though. I was with my girlfriend at the time when I first listened to it and at first I wasn’t too sure about it. But then after a few times I was like ‘actually this is gonna get a few heads spinning.’ I think it was because I’m so used to hearing the original, it’s been the third tune in my sets for two years. But now I love it. You smashed it.

I’m wondering if this is going to be a remix swapsie?

A.M.C: Oh yeah mate, I know he’s capable of turning in something massive so he’s doing Instigator and it’s fucking brilliant. You were sharp off the mark on that actually Kallum.

K Motionz: Yeah that different melody on the second synth came out really quick and it was a case of little tweaks after that. That was my favourite off your album along with Mind The Gap. I’m happy with it but you won’t let me post a video about it.

A.M.C: All in good time. I didn’t know you were working on it then suddenly you did a gig with Phantom and he comes back like ‘mate, Kallum played this thing the other day…’ So Phantom heard it before I even got a dickie bird! But yeah that’s coming out. Soon… ish.

When are we going to hear a collab between you guys?

A.M.C: Funny you should say that. Me, him and Frank sat in the studio not so long ago. A couple of ideas came about. One we might finish because we all thought it had legs. Yeah Kallum would be great to work with again.

How do you feel when you listen to a remix of your stuff anyway?

A.M.C: It’s interesting. In some ways I couldn’t care which direction they take it in because I’ve spent so long on the track my relationship has changed with it and I’m happy to hear a new take on it.

K Motionz: That’s true. I spend hours and hours on things. Round Ere took me 109 hours and that wasn’t even the mixdown. I had 50 versions of it.

A.M.C: You sent me and Frank new versions once a week. And they all sounded the same. The final mix was sick and it was a proper catalyst tune for you. That was the tune that first made me go ‘who the fuck is this guy?’

I was gonna ask how you met…

K Motionz: Through Frank. I was close with Frank and they were working together at the time. I think you might have replied to a clip I put up on the Facebook. Maybe even Gunshot. That would be a nice little circle.

A.M.C: It would. So what’s coming up from you musically mate? What’s next?

K Motionz: My remix of Instigator!

K Motionz: I’ve got two things I’m playing that I might release. I got a tune called All Night. You asked for that one.

A.M.C: That’s a good tune. It’s quite an obscure key. I like things in obscure keys. It sounds a bit different.

K Motionz: Nice one. So I got that and I got a tune called Insider which is a gritty roller. So that’s probably going to come out. I’ve had some interesting invites to do remixes, too…

A.M.C: Are you going to get anyone else to remix tracks from your album?

K Motionz: Simula’s remixed Exterminate but we’re not sure when that’s going to drop.

A.M.C: I was always partial to Gravity.

K Motionz: That was the least popular tune on the album but I wanted that on there because I liked it and it’s my album.

A.M.C: It showed a different side to you.

K Motionz: It’s mad to think now that it’s only been a year and four months since I’ve released it but I’ve come along so far now in the studio. I listen to bits now and think ‘why did I do that like that?’

You did say that the album was about that when we interviewed you at the time. Like a line in the sand between your old stuff and where you’re heading. Exactly as the title said – The Evolution of your sound.

A.M.C: If you could have one person remix you, who would it be?

A.M.C: Bit before your time mate. But D&B wise …  I’ve tried to get Martin to do a remix many times with zero success. But the thing is in drum & bass you see a remix and you think it won’t be amazing but then you hear it and it’s like ‘wow, they’ve turned that on its head!’

Give me examples of remixes that surprised you in that way…

K Motionz: Annix’s remix of Mefjus’s Pivot. I didn’t think anyone could remix that and make it as good and as clean and heavy as he already had it but Annix smashed it. They’re incredible anyway, but I did think ‘HOW can anyone make this better?’

A.M.C: For me it’s Fade Black’s remix of Blej. Nick and Andy are one fire at the moment. I’ve known them for quite a while. Running a label you get to know new guys coming through very well. I had Nick as Cruk on Titan for a while. You could tell he was coming up with wicked ideas but the mixdowns were struggling. Then Shyun came through and his mixdowns were incredible but the arrangements weren’t quite there. So those two guys complement each other incredibly well. Them working together is danger.

K Motionz: They’re one of the best at the moment. That partnership really works.

Certain collaborations have the right chemistry. You guys must know that too from collabs?

A.M.C: Totally. When you’re close and trust each other, you can be real and very frank. Much more than you’d be in an A&R scenario. You could crush an artist with just one remark with feedback like that, so you have to be very careful. But in the studio you have to be totally honest because you want the best possible track. Actually, I got some feedback for you Kallum

A.M.C: The key in Gunshot is all over the fucking shop!

K Motionz: Ah man. I know! I didn’t know anything about keys when I made it. I was only 17 at the time.

A.M.C: It’s a shit show. This is how early doors you made this tune. The intro fluctuates between E and g flat minor. The drop goes all over the shop between B, Abm and C.

But it works! There’s an old school vibe to that. Loads of classics aren’t in key.

A.M.C: Yeah but the old stuff didn’t have the frequency range like you do now. You could guess the key for the sub back in those days and it might work. It’s different now. Synthetic drums are pitched in key but back then it was breaks, which didn’t have thump or low end. But you’re right because it did twist my brain to how it worked years ago and it is nice. I feel like we should do it more often – ignore keys.

K Motionz: Totally. I make things all in key now, but I like the fact that one of my biggest tunes so far was out of key and no one cared. Vibe over key. It must be. Musically it’s so wrong but somehow it works. That’s great.

8 Things You Might Not Know About A.M.C and his new album Void
NEWS
259 shares 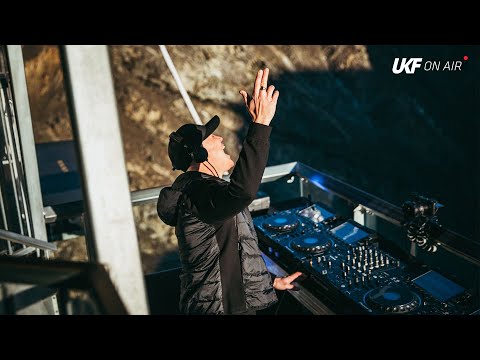 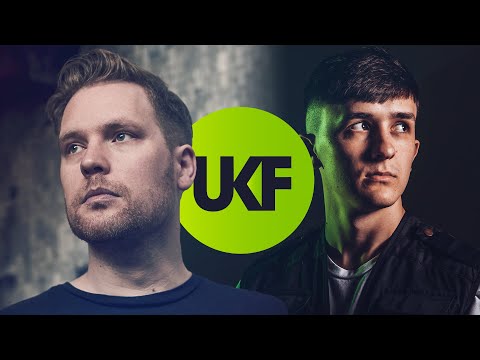 K Motionz ft. Duskee – Hack It (Break Remix)
AUDIO
0 shares
SIGN UP NOW & STAY LOCKED!Sign up to our newsletter to keep up to date with the latest streams, news, and events, all tailored to you.