Signing to Viper has been a game-changer for Cyantific. Not only has he grown a dapper beard, but he’s also just upped his productivity game by about 500 per cent.

Earlier this year he unleashed the massive High Water Mark, he’s started a new podcast series, he’s got about five remixes on the go and he’s just dropped the widescreen double tracker Colour In The Shadows and No More Heroes. We copped the former:

This level of productivity suggests something even bigger is on the cards. It’s about time… Cyantific’s debut album Ghetto Blaster was released nine years ago back when Cyantific was a duo and signed to Hospital. We called him up and did the honourable thing…

What’s popping? We last spoke last April… Quite a lot has happened in the world of Cyantific since! Let’s start with the new single…

Yeah quite a lot! Haha. I’m really happy with how Colour In The Shadows has come about. It took quite a long time to come together while the b-side No More Heroes was done last month. Futurebound suggested it actually; we were going to release Colour In The Shadows on its own but he felt it needed countering. I do so many different styles that it’s important to show as many of them in one package.

Tell me about Benji…

It’s a connection through a songwriter called Andy Bullimore. Benji does a lot of soul stuff and he wrote the vocal with Andy, they sent us a demo and we were so blown away by it that we didn’t change anything. It sounded right straight away.

That’s interesting… What was it like hearing your track reinterpreted as a vocal version for the first time?

It was strange for sure. Normally you want to be there and have your input but I was really busy at the time and Andy’s great at recording vocals… He made my job a lot easier! It’s odd to send off a tune and have it return completely differently. You can have an idea of what it might sound like, but it will never be how you imagine it. It could go either way but in this case it went the right way!

I’m wondering if a Cyantific album is on the cards… It’s been a long time!

Yeah, Viper have given me the green light to write one so it’s definitely on the cards. I’ve got a lot of tracks finished and I’ve done a lot of remixes. Really different remixes; I’ve just finished two for Ella Eyre which is really cool.

Yeah, I did two and the label liked both of them. One is a lot clubbier and the other one uses the full vocal. I’ve also done a remix for Drumsound & Bassline Smith which is pretty dirty and raw, I’m also completing a remix of Lethal Bizzle and recently there’s been the remix of Diztortion. So yeah, loads going on release-wise.

Sounds like the remixes are getting in the way of the album!

That’s always the worry, but it works both ways. The Diztortion remix started off as an idea which eventually became No More Heroes. I changed the idea and ended up with an original of my own. So it can work really well. Another benefit of remixes is pushing yourself… I’ve never had so many deadlines! When you’re under pressure you can write a lot more efficiently and quicker than you think.

Futurebound strikes me as a deadline-flinging boss to work for, too…

He likes to be as hands on as he can, yes! When it comes to A&R he has the final say no matter how busy he is… And if he has an idea you know you have to try it. It’s great to have that opinion and feedback as part of the process. If you’re talking about whip cracking then it’s my Viper manager Asad. He’s the sharpest boss, he’s on at me daily and it’s paying off… I’ve never been so productive in my whole career!

How long did the deal with Viper take to make?

We started talking about it in August and announced it in December. These things take a long time, getting everything in place and tied up.

So what’s happened with your own label CYN Music?

That’s been retired now. I left as a business partner and as an artist at the same time. Both Wilkinson and Snapclicker were too busy with their own commitments so it was put to bed at that point. It’s a shame as it was going so well but these things happen for a reason.

It’s left its legacy nicely; you gave us Dimension!

Yeah, thank you. I’m very proud of what we achieved and how we did everything with the artwork and concepts and A&R so yeah it was great while it lasted and I definitely made the right move joining Viper, things have never been so good! 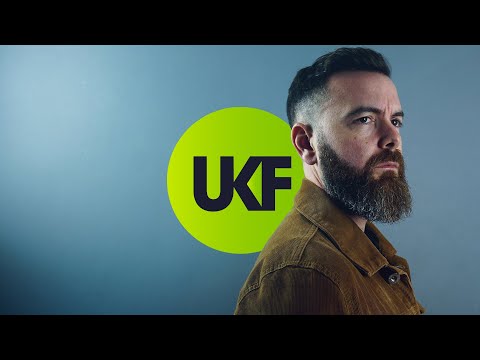 Cyantific – Somebody (ft. Eudaimonia)
AUDIO
0 shares
SIGN UP NOW & STAY LOCKED!Sign up to our newsletter to keep up to date with the latest streams, news, and events, all tailored to you.