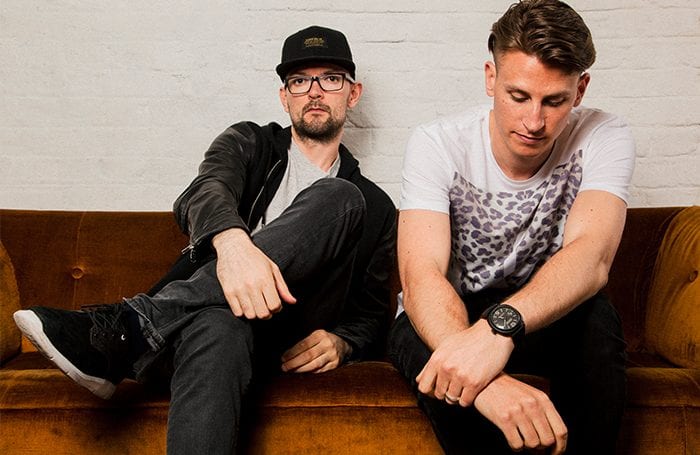 The partnership of Xample and Lomax was always going to be deadly.

Since deciding to officially consolidate their longstanding partnership in 2010, Loadstar have been on an absolute rampage, carving up dance floors across the world with their signature hard-hitting sound and climbing into the upper echelons of both RAM Records and the genre as a whole in the process  .

The unmistakable Link To The Past set the bar very high for the duo but they’ve managed to keep on reaching it, namely with their debut album, Future Perfect.

“It’s taken a lot of hard work to get where we are today. It hasn’t always been easy and we’ve had to make sacrifices, but it’s what we love doing and what we have always wanted to do,” said Gavin (aka Xample).

Hot on the heels of last month’s Red Rock / On The Wheels EP and with album number two in the pipeline, we caught up with Gavin to find out what else is going on.

Hi Gavin, let’s kick off with the EP – how have people reacted to it?
It’s gone down pretty well, thankfully. A lot of people like Red Rock because it’s very ‘Loadstar sounding’ with our signature beat and big elongated bassline, similar to Link To The Past. On The Wheels is just a straight-up club smasher. Both of them together make a pretty solid release so we’re really happy with the response.

You guys are very fond of vocal-led tracks. It was quite a surprise to hear no vocals on the EP. Was that done on purpose?
Yeah we often do include vocals in our tracks but we’re working towards a new album and wanted to do a few club tunes before getting stuck into the vocal tracks, as they tend to take a bit longer to finish off. It was quite refreshing to write dance floor orientated drum & bass without thinking about the vocal aspect.

New album, you say? Now that is exciting. Was this EP a teaser?
Haha, it is exciting! I guess it was to some extent. The next release is also two club tracks then the next single will be the first one off the album. The next release, Change The Channel, will be out towards the end of the summer and then it’ll be album stuff towards the back end of the year. We can’t wait.

Good stuff. Is it completely sewn up or still a work in progress?
It’s not completely done, probably about 80% finished. It’s now just a case of pulling it all together and finishing off some of the tracks. We’ve been really busy writing and I think we’ve probably got about 14 tracks ready to go. I’m really pleased with it. We’ve got a structure for it but we don’t know the exact release date or track list yet. We’re pretty set in our mind what we want it to sound like. It’s a case of getting the seal of approval from Andy, too – he’s out every weekend playing the tunes so he knows what works and what doesn’t.

What approach have you taken to writing it?
We’ve tried to write it quickly as opposed to spending years on it because when you do that it becomes easy to keep on stylistically chopping and changing throughout the process. We tried to do it over the course of three months, which involved lining up load of sounds together in preparation, getting in the studio as much as possible together and getting into the groove of writing quickly. It was a far more fun and organic process as we weren’t massively dwelling on tracks.

“Difficult album number two” is one of the most overused cliches in music. Is it true?
A lot of people say it’s hard to follow up your first album but we’ve tried not to think about it too much. We’ve tried to keep it a drum & bass album and haven’t ventured too far outside of those realms. We stray away from drum & bass a little bit on it but it’s predominantly what you’d expect from us. It’s a case of getting back to the roots of what we love; we don’t want to crossover and write a mainstream hit, we’re just thinking about the music we really like and want to represent, not trying to fit within a certain style of drum & bass. It’s actually been really fun to write, which isn’t what most people expect writing an album to be like, especially the second one.

Will it be in the same vein as Future Perfect?
I’d say this one is probably more down one avenue. On Future Perfect there are lots of different styles and genres which was partly because we spent a long time writing it, over which time our styles and tastes changed quite drastically. It was slightly all over the place but this time we’ve tried to stick to a particular sound and vibe that we’re into at the moment. We wanted to capture a vibe and moment in time and I feel like we’ve done that – hence the quick writing process.

Smashing out an album in three months is pretty ridiculous! What’s the key to that?
I think it helps that we’ve been working together for so long because now we really know what we want to do musically. We go through stages of liking one thing but now we’re pretty sure on what we want to do and it feels like a really good time to be doing it. Over the past nine months we’ve been on a roll releasing new music and we want to keep that momentum up.

How do busy DJs such as yourselves find the time to write an album?
It’s all about finding the balance, which isn’t always easy. When you’re out DJing Thursday, Friday and Saturday – Monday, Tuesday and Wednesday can be a bit of a write-off! So it is difficult, but our touring schedule isn’t super busy at the moment which is good, in a way, as it frees up time to write music. We’ve also been splitting up our DJing schedule so that one of us is fresh come Monday morning.

That must be one of the biggest benefits of being a duo?
Definitely, and it’s also great having someone to bounce ideas off. As I live in Bristol and Nick lives in London, we write stuff and send it over when we can’t get in the studio together. Nick will sometimes say my idea is good but other times he’ll say it’s crap and vice versa!

Despite not having a massively busy schedule at the moment, it still looks like you’ve had a pretty fun summer. Skrillex MCing for you must have been a bit surreal, no!?
Haha yeah, that was pretty mental. It happened at a festival in Romania last week. Skrillex and Flux Pavilion were on the stage before us and then during our set, Skrillex suddenly decided to stand on the decks and start MCing for us! It was good fun.

Standing on the decks? I hope he didn’t cause any damage… aside from that, what else have you got lined up this summer?
We just did Secret Garden Party which was an absolute vibe and a great festival as always. We’re doing Creamfields in August which should also be sick, then we’ve got the ten-date tour in Australia and New Zealand for the rest of August. That’ll take up the whole of the month and then that’s the summer pretty much over really, it always goes so quickly…

There seems to be plenty of good drum & bass at lots of festivals this summer. Would you say the genre is in a good place right now?
For sure, there have been times when we’re scrambling around trying to find new tunes but at the moment there are new tunes coming in all the time that go straight into our DJ sets. RAM are releasing loads of good stuff at the moment, too. Frankee has some cool stuff coming and DC Breaks too. It’s great having so many tunes to play because it keeps our sets fresh and inspires us to get in the studio. The competition levels are very high which spurs us on.

What’s your stance on the ‘commercial’ side of drum & bass?
The whole radio drum & bass thing has been good in terms of opening the doors to a wider audience but that ship has sailed to an extent. I don’t see daytime radio like they have been recently which turns everyone’s attention back to the underground which is cool because it encourages everyone to write dance floor smashers, which is what we love most.

You’ve been playing a few jump up tunes in your sets lately. Renaissance period, perhaps?
Yeah there’s load’s of jump up stuff we’re listening to at the moment. Turno, who I met in Belgium, is making straight up fire and is definitely one to watch out for. There is a bit of a divide between jump up and the rest of the genre and even I sort of lost touch with a few of the producers in that scene but I’ve really started to seek out some of those tunes again because there’s some great stuff. I wish there wasn’t such a divide. 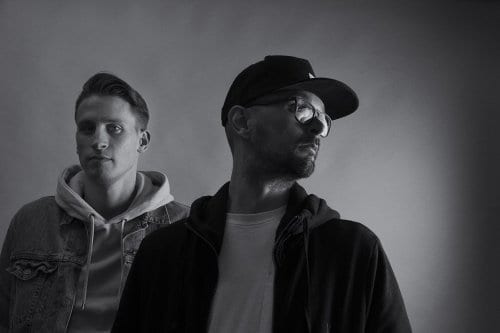 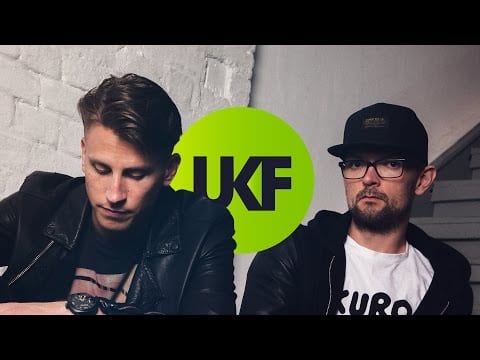 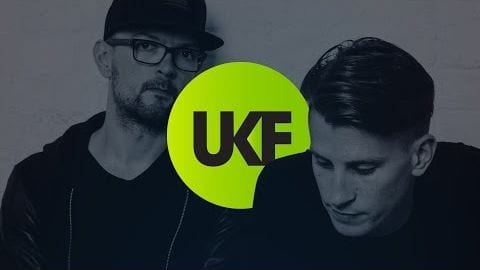 Loadstar – Lifeline
AUDIO
0 shares
SIGN UP NOW & STAY LOCKED!Sign up to our newsletter to keep up to date with the latest streams, news, and events, all tailored to you.