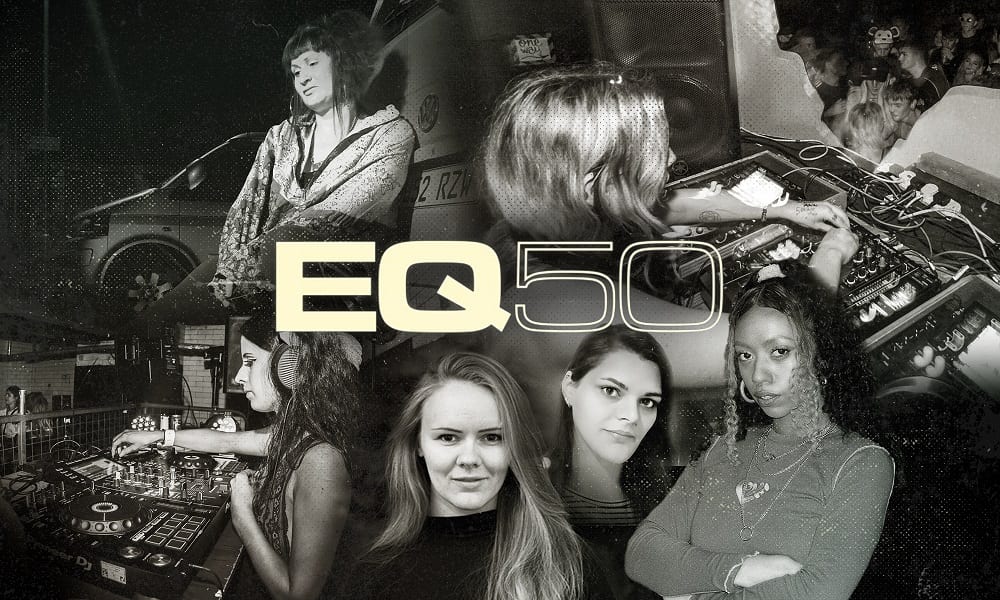 The past two years have been big for gender parity in drum & bass. Like much of the music industry, the genre’s history is steeped in gender inequality, and until recently it seemed that D&B was behind other genres in the journey towards a level playing field. That is changing, though. According to DJ Mag, at least 190 festivals have now committed to having 50/50 gender split lineups by 2022, and top DJs have begun to call for change. Now, with the future of festivals and live shows left in limbo, EQ50 have picked the perfect time to bring gender balance to the field of music distribution.

Certain figures in the field make up a key driving force for gender parity – particularly the team behind EQ50. Run by DJ Flight, Mantra, Sweetpea, MC Chickaboo, Alley Cat and Jenna G, EQ50’s brand new mentorship programme has matched six womxn producers with five leading record labels, where they will spend the next twelve months being coached in all areas of the industry from A&R to production and networking. The programme is impressively detailed, clever in its delegation of responsibility, and a source of real hope for many of the womxn watching.

EQ50 recognise an acute need for programmes like theirs. As DJ Flight says, “the interest in applications and high quality of the producers that applied goes to show just how much amazing talent is out there.”

While the initial appeal of the programme lies in the fact that it is run by womxn, for womxn, its merit reaches far beyond that. For a start, it won’t just benefit the six womxn in this article. The power of having visible womxn as role models and idols in the industry is huge, and many others will undoubtedly gain confidence from seeing their counterparts succeed. Even more than that, EQ50 has also reached out to men in the industry in positions of power, and asked them to extend a lifeline to the new generation.

The truth is that womxn can’t do this on their own, and neither should they have to. We need the support of men to break into the scene, and that’s something that should be celebrated and pursued with the excitement and urgency that it deserves.

The hope is that the programme will have a knock-on effect across the industry, showing label owners, promoters and other authority figures alike how easy and worthwhile it is to actively diversify – to make room. Critical, V Recordings, Shogun, RAM and Function are leading by example, and if every label owner follows in their footsteps then we can expect an exciting new dimension to drum & bass.

The dimension starts here. Late last month, the names of the producers selected for the 2020 mentorship programme were released. We thought we’d check in on them all. Get acquainted… 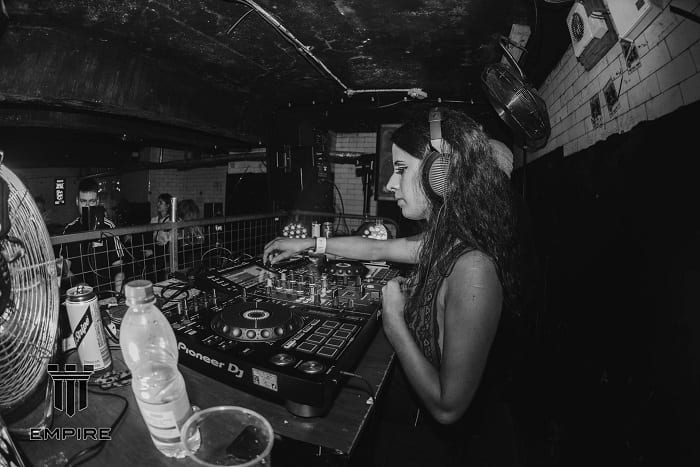 Critical Music assigned producer Spectral is relatively new to the industry. At only 22 years old, her relatively short career has been no barrier to making waves through the D&B scene. Her track The Dungeon was released on Incurzion Audio (now home of Cauzer, another rising star) earlier this year, breaking barriers as the first woman involved with the label. Last month, The Dungeon hit 10k streams – a particularly impressive feat considering it’s only the second track she’s ever put out.

Much like many of the other mentees, Spectral has spoken about struggling to apply for the programme as she was convinced she wouldn’t be selected, but was eventually able to “push past self doubt”. This alone shows the importance of schemes like the EQ50 mentorship. Imposter syndrome is something many womxn deal with at some point in their careers, but the guidance of an extra helping hand can be crucial in combating feelings of inadequacy or unwelcomeness.

“Overall I just really want to grow and develop as an artist through the mentorship,” she says. “And definitely improve a lot as a producer. [It] has given me the confidence boost I needed to actually believe in myself and my ability, so I am manifesting success from here on out.”

With a sound as typical of Critical as hers, Spectral is an obvious choice for the label. Follow her: Facebook / Soundcloud 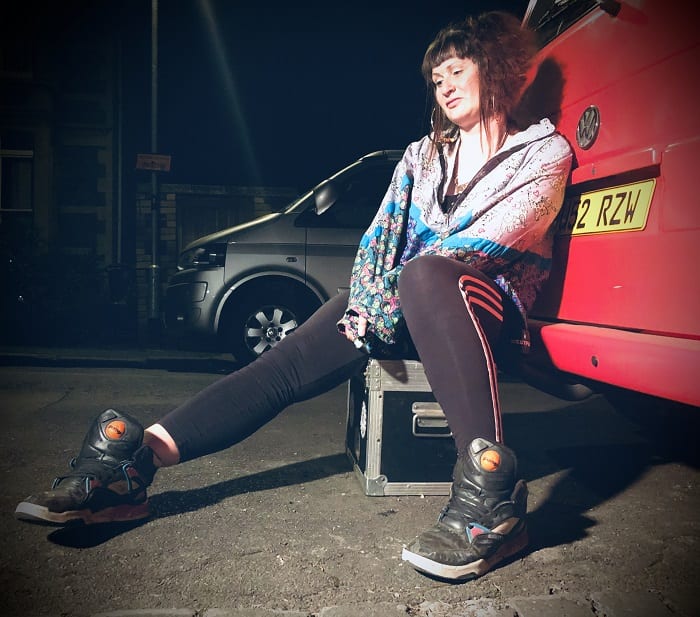 The beauty in Mandidextrous’s sound is their ability to master so many different genres at once. The Bristol-based producer and record label owner is probably one of the most established mentees, with over 10 years experience in the industry and a whole host of releases under their belt. Their tracks are typically a carefully crafted fusion of elements of speed garage, bounce, dancefloor and even the odd hint of gabber. It’s a fusion Mandidextrous calls speedbass and they highlight the release of Enei – Sinking earlier this year as an exciting moment in underground drum & bass because of its use of a 4×4 kickdrum. With many of the producer’s tracks also featuring this frantic beat, they definitely make for heavy listening.

Bass Militia Records · Mandidextrous – You & Me

When asked how they hoped their sound would develop over the next 12 months, Mandidextrous expressed a desire to explore producing music with more of the characteristics typical to UK-based D&B. “Europe likes things hard and fast,” they said, explaining that they hoped to combine elements of that speed with sounds that sit more within the parameters of traditional underground drum & bass.

With the tech influence of many of the label’s releases, RAM Records is a great base for Mandidextrous’s exploration.

“This project has already given me more energy than I’ve ever had before,” they tell us. “I’m excited for this new venture and an opportunity to shape some new sounds in drum & bass. Big up EQ50, Ram & UKF.” 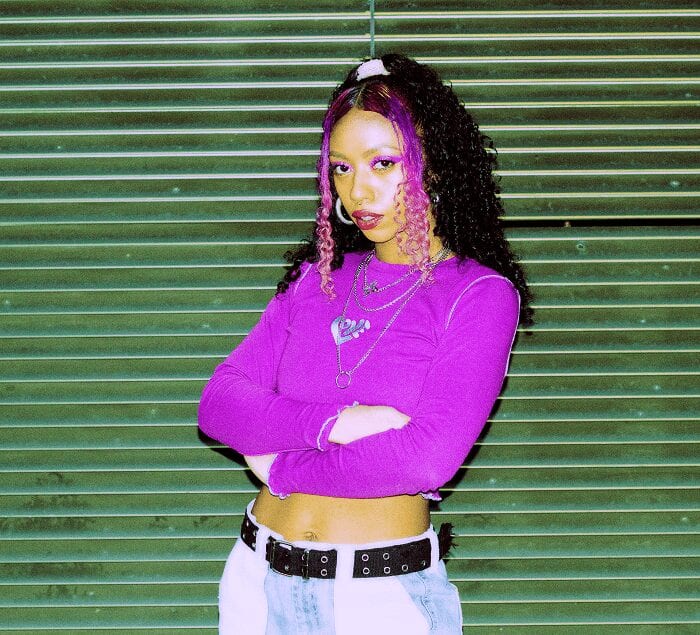 NIA Archives is the undeniable queen of DIY. As a producer, vocalist, songwriter and visual artist, she’s a glowing addition to the drum & bass scene. Her debut single Sober Feels is a truly refreshing blend of dreamy RnB vocals and a breaky jungle beat that sounds like an alternate reality collaboration between DJ Marky and IAMDDB.

The producer outright refuses to label her music as one specific genre. “My sound is definitely not something I put in a box, I love to fuse different genres and create something unique,” she tells us. “The biggest inspirations are definitely jungle, soul, and alternative house, so I hope that comes across in my sound. I am obsessed with breakbeats, love melodies and creating alternative tunes… I’m developing and evolving as an artist.”

It was EQ50’s mission to support black women, and show allyship to trans and non-binary folk that drew NIA Archives to the mentorship programme. This element of genuine inclusivity is integral to the programme, and part of what makes it both important and especially successful. 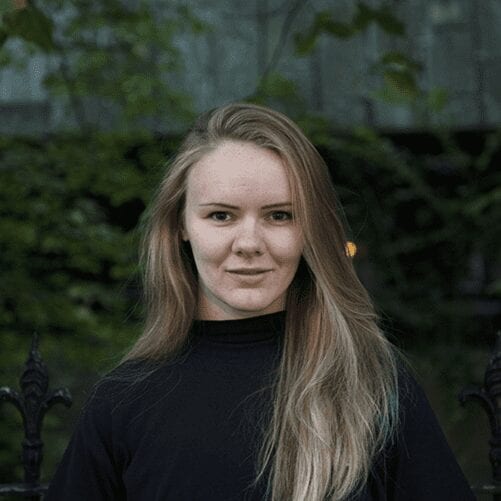 Anikonik is a resident DJ at Electrikal, and co-runner of Junglism Scotland. There’s a huge versatility to her sound, which mainly focuses on drum & bass and jungle. Ankonik’s music is fast and powerful – in her own words designed “to make you sweat whilst busting a move on the dancefloor.”

The gatekeepers at the doors of traditionally male-dominated hardcore subgenres have often made womxn producers hesitant to try their hand, but Anikonik is an exciting addition to the growing movement of female, non-binary and transgender producers who are making themselves heard in the scene.

It seems the mentorship programme has come at just the right time for the Scottish producer, who is yet to release a track. “I was introduced to EQ50 by a friend,” she tells us. “I was instantly hooked on what they were up to and had already been admiring some of the producers and DJs on the team for a long time prior. The mentorship came about when I was starting to think about approaching labels with my tracks, I had no idea how best to go about it and what to expect, so applying for this programme was a no-brainer… it’s all going to help so much.”

With her hard-hitting EQ50 submission track Vehement catching the eye of RAM Records, it’s exciting to think what direction she might take her sound over the next year. Follow Anikonik: Facebook / Soundcloud 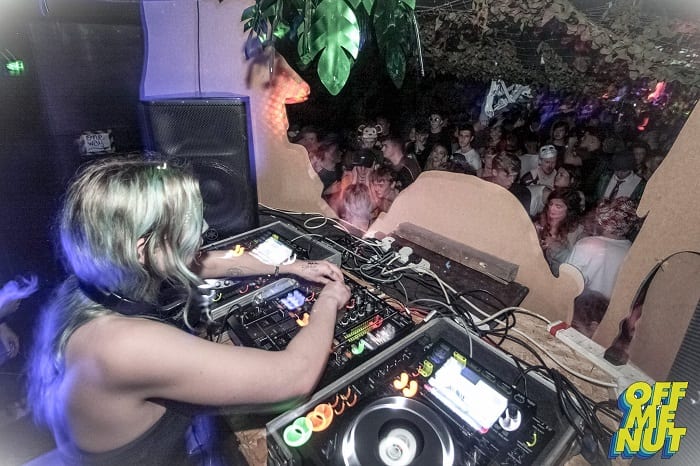 Babylon Fall is a heady mix of crashing breakbeat, heavily reverbed ragga vocals and muted sax that lands Charla Green slap bang in the middle of the jungle genre, and leaves her a perfect fit for Function Records. The producer has released a wide range of music on various different labels, including UK Jungle Records and Boey Audio, and says that when writing her music she prioritises “jungly vibes and scatty drums” and is “a sucker for a broken beat and sub-bass”.

She also has a keen interest in using samples from her surroundings in her tracks, giving much of her music a subtly unusual edge.

Charla is Sheffield-based, and has played on some heavy lineups over the past few years, appearing alongside the likes of Calibre, Kings of the Rollers and DJ Q. Regardless of her impressive background, Charla joins many of the other mentees in finding self-confidence a hard thing to maintain. She says “it’s been a struggle to get where I am, and to be taken seriously as a producer and believe in myself.” With so many talented womxn in the scene experiencing this level of self-doubt, it’s clear that EQ50’s mentorship programme is a much-needed saving grace. 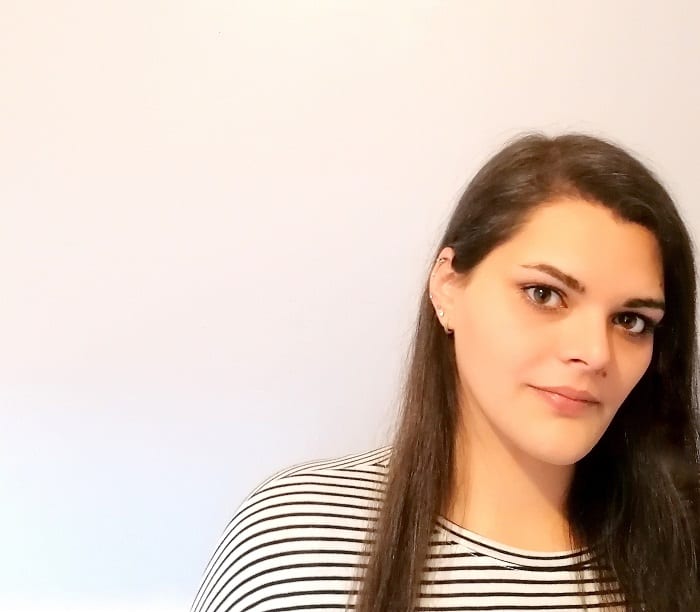 Athena’s Next Door Reality is melodic and minimal-industrial, but also somehow emotional. She attributes much of her confidence to the team at Goldfat Records, in particular Mitekiss, who hosts weekly production feedback sessions on Twitch.

Athena has been producing for around four years, but is yet to release a track. “It took me a while to send any demos out as I found it quite daunting,” she explains. With two different releases on two different labels already confirmed for the next few months, it’s safe to say that Athena has found her feet, as well as her place within the industry.The lyrical quality of Athena’s sound comes down to the classical instruments she frequently uses. “I would say my sound tends to lean towards the liquid side of drum & bass,” she explains. “Being quite melodic, deep and soulful. I love using pianos, strings and other instruments and playing on the feelings and emotions they can give. However, I do have a bit of a darker side that pops out now and then too!”