Leaving a whole year between releases is bold move for any level of artist. But then Funtcase’s entire career seems to be based on daring manoeuvres…

His name. His mask (which has caused him to pass out during shows). His noisy, abrasive style. His recent return to the fray with this Hazard-level slice of 170 nasty…

Clearly, nothing Funtcase has ever done could be classed anything other than bold. Including his future footsteps in production evolution. Fresh from Miami and ready for Circus’s Ministry Of Sound takeover on Saturday April 25, we had a lot to catch up on for his first interview on UKF. Get to know…

It was sick! Unbearably hot.

I heard it rained?

Briefly. I think it shut down Ultra for a while. Our party was all inside. It was sick as hell. Grand Central is awesome. The label named an album after it, that’s how much they love the place!

Yes! People are always like ‘ah dubstep’s dead’ but when you’re playing those type of shows you can say it’s definitely not dead.

Definitely. It’s not every fucking where like it was before. House has exploded a whole bunch of times. Same with drum & bass. Same with garage. Same with electro. They all come around again. That’s genres for you…

I’ve spoken to other DJs about the same thing. Now the spotlight is off, you can be a little more creative and not, perhaps, rely on an expected formula?

Yeah, I’m definitely having fun playing around with a lot of ideas at the moment that’s for sure. Back in the day you did feel pressure that people were expecting the same thing from you over and over again. It’s a lot more acceptable to fuck around with different genres… Which is great news for people like me. I’m loving spreading my wings right now.

Like your remix of the McMash Clan…. You said on Facebook that it’s a progression in your production?

Well yeah. I was getting a bit jaded with the dubstep sounds about six or seven months ago and started making exclusively drum & bass for a while. Just to refresh and be inspired again. And compared to the drum & bass I was making six years ago, my skills are so much better now. So I’ve progressed as a D&B producer and it’s amazing to have this opportunity to showcase myself in this genre. It was quite a scary concept because I haven’t had a tune out since last March. Maybe people had forgotten about me? Lucky I’m a big enough dick on social media to remind people I’m still alive!

Are you sitting on a whole bunch of new tracks right now? Or has that year just been an investment in development?

A bit of both. I’ve gone into songwriting mode rather than smashing bangers out. I’ve got into working with vocalists and MCs. I’m trying to mature my sound a bit. I make really loud and obnoxious noises, that’s what I’m known for. So I’m working out how to keep that characteristic but take it in different directions. There’s one tune that, sonically, I’d describe as collab between me and Alix Perez. And it’s got Ragga Twins on it.

Yeah. I don’t know how to describe it. Basically I’m trying to mature as a writer and maybe sound a bit more grown up.

Any particular producers inspiring you on that evolution flex at the moment?

It’s harder and harder to go ‘wow’ the long you’re into it. I’m really vibing off Badklaat and Bukez Finezt though, they’re doing their own sound. Joker, too. He influences me loads! We chat a lot and we’re talking about a collab. But imagine a collab between us? He’s so funky and I’m so obnoxious. Would it even work?

I’d buy it for a dollar. You know it sounds to me like you’re working towards an album…

Yes. I started one last year. Hence the vocalists and stuff. It’s hard though. I’m not the type of producer who can write such a whole wealth of work. I write a tonne of mediocre stuff then find something amazing and work on that. But I’ll never show anyone the mediocre stuff. So I’ve only written six tracks that I’d say were album material. But the focus, as you said, has been more on developing. But my dream is to release an album I’m really happy with one day for sure!

I got a load of tracks that people have demanded from my sets. So I’m going to finish them off and put them out. This will give me more time to work on the new stuff and keep on developing.

Nice. Speaking of sets…. Ministry Of Sound is coming up on Saturday April 25. Another big bash!

Oh it was on my club bucket list. I was buzzing to play there last time and very happy to return. The system is nicely tuned. But you’d expect nothing less. It will be a sick party. Circus parties always are when everyone’s together.

I don’t jump around and beat my chest like a dick as a normal person. Honestly….

You’ve been with them since day dot haven’t you? You’re the first person they signed, right?

Yeah before me it was just Doctor P and Flux. Crissy Criss played a track called Vexed at a festival that was live on Radio1 and it got two rewinds. So Circus picked up on it and eventually signed it to develop the label’s darker side. They were making really bouncy music and I was making that really angry, energetic madness. It was a bit of gamble for both parties… I’d had bad experiences with new labels in the past going like ‘ah mate, we’re going to be massive, sign with us!’ then never actually hearing from them again. So I had reservations about signing them. I’m sure they had reservations about signing me, too! But it worked so well for all of us. We all get on and have a laugh which was the first sign I knew I would work with them.

You just have a laugh in general, right? Your name, your Vine etc…

It’s nice to have an outlet to showcase my stupid humour. Everyone at Circus is a joker but none of them are as happy to put it out there so shamelessly as me. I used to take myself very seriously when I was doing D&B. I thought that would make me look more… Professional, I guess? But I realised that wasn’t much fun. And I was much happier doing things like toilet reviews on my phone. I like including comedy elements in the music no matter how seriously I take it. It’s nice to know people appreciate my weird humour.

Here’s a thought… Will your mask change as your music ‘matures’?

It’s being changed now actually! We’re getting a new one made… Funtcase 2.0. It’s got the same structure but with a few little tweaks. It’s made of better material so my skin can breath. I can wash it in the washing machine now too… I have to handwash the current one.

That’s dedication to your art! What a pain in the ass. Ever thought about giving it up? The mask, not the music…

A few times, man. Usually when I’m passing out on stage. I’ve done that a few times. I was playing at some under 18s night in the coronet. It was insanely hot. I started feeling dizzy and lightheaded. I asked Cookie to take over for me and went outside and collapsed. The bouncer thought I was on drugs! It was confusing for everyone. It happens… I have a bit of water, a few deep breathes, chill out for a minute.

I have once or twice. But yeah, I’m a whole different person in the mask. I put it on 10 minutes before and get into that character. I don’t jump around and beat my chest like a dick as a normal person. Honestly…. 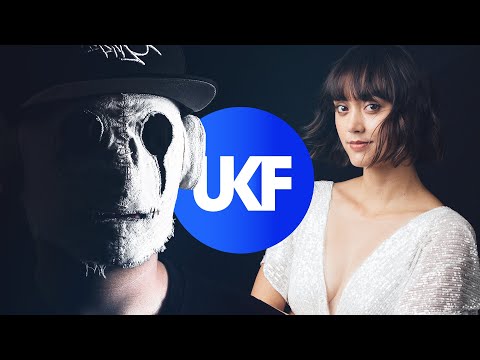 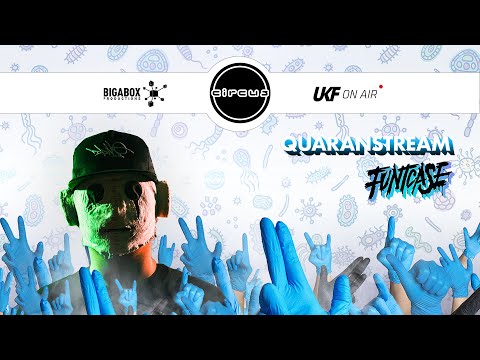 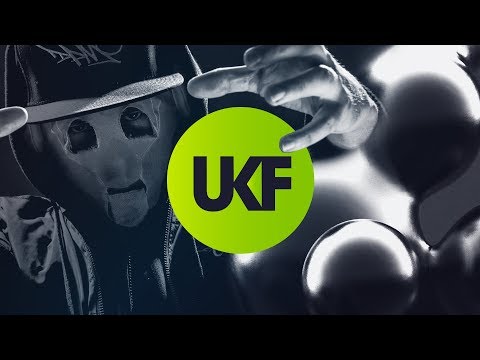 FuntCase & Teddy Killerz – You Must Comply
AUDIO
0 shares
SIGN UP NOW & STAY LOCKED!Sign up to our newsletter to keep up to date with the latest streams, news, and events, all tailored to you.