15 months have passed since the Bristol adoptees unleashed the universally acclaimed Masterplan. Since then the duo – comprising Tommy and Jammo – have been on a seemingly nonstop world tour.

Scratch that. There’s no seemingly about it. They have been on a nonstop club tour in almost every corner of the globe. It’s played hell with their studio time and release schedule, but the guys are officially back. And they’re back on Chase & Status’s mighty MTA. We called them up earlier this week to see what’s going on in the murky world of My Nu Leng…

What’s popping? Recovering from another show?

Jammo: We had a very rare weekend off. So we’re a lot more relaxed than usual.

Tommy: It was our first weekend off in over two months!

Do you find you’re repping solo more often as more gigs come in?

T: We’ve hardly played together at all lately! We played a show together for the first time in about two months a few weekends ago.

J: We had a big US tour we split up for but we’re touring as duo again which is really good fun.

That said, I’ve seen some funny pictures of you both on Facebook doing the classic tourist thing in Australia…

T: Oh yeah, when big shows and tours like that come in, we block it out in the calendar and go together. Places like Asia are somewhere where we really both want to go, so we go to together. We also did a little tour of India together.

T: It’s a proper crazy place! The video we’ve done is more of a travel documentary than a tour video. You get such a culture shock and it’s interesting to experience. The extremes there are shocking.

Tommy you once told me you didn’t like international food… India must have been a challenge!

T: I love foreign food! I’m just really fussy. I don’t like vegetables, that’s what I told you! I just like meat. Actually I think I was going through a massive kebab phase when I told you that. I was living off them. But, yeah, we loved the Indian food.

You might say you’ve broadened your Horizons, then. Which brings me nicely on this….

Always. So…. WHY has it taken so long to hear new material from you guys?!?

J: This was ready since before Christmas but we’ve been touring so much we just haven’t had time to get a body of work together. We wanted to put together something really special and not just a random collection of tracks. People have waited so long for us to release something, this is an opportunity to respect that and release something with a lot of thought behind it.

Not just bashing out the bangers…

T: That’s the idea! We’ve wanted to get an EP out since the end of last year but the tours have really taken up so much time that it took longer than we anticipated to put the EP together.

The tour demands have really got in the way of your music, then!

T: Completely. We had no idea how life would be when things took off in the way they have. Last year, and this year so far, has been immense. We’ve had to adapt to that and work out new ways of working. We’re happiest in the studio and not just putting together ideas on planes and in hotel rooms.

J: And they’re all really short moments in time. In the studio you can go deep for hours and hours but the second you’ve got a little loop together you have to move on and do something else, like a show or another plane. I’ve got a whole bunch of ideas saved simply called ‘Plane Ting’ or ‘Plane Ting 2’. Just random projects, but everything has always felt a bit rushed and put together. But we have had time to make the new EP.

We’re really happy to be working on Chase & Status’s label. They’ve been a big inspiration for us musically and we love the label’s output and how they develop artists.

And it starts with Horizons…

T: Yeah, it made sense as it was the first track we finished and have been playing at our shows.

J: There are three tracks that could be the lead track or first promo track of the EP but this has already had a bit of support in the clubs and had support from a lot of radio DJs so it’s a natural choice.

Is it indicative of what we can expect from the rest of the EP, in terms of the sound and rhythms?

T: Not really! We’ve been really inspired by our sets and have found ourselves playing with a lot of different surprises on this EP…

Are we talking sonic surprises or collaborative surprises?

J: Both, I guess. We’ve got a few collaborations and another vocal track which is different to what we’d normally put out. It’s not dancefloor, particularly, but it’s a throwback to our early styles and features a singer who’s collaborated with an act we really love in the past. It should surface pretty soon.

We were listening to stuff like Hold Your Colour where there are so many different styles and ideas but they were held together with such impact and consistency. That’s the mission; to have the same sort of impact and effect on new music fans as the likes of Pendulum did for us.

Cool. Tell me about Caan….

T: He’s a sick singer. I first heard of him on a Loadstar tune on Andy C’s Nightlife mix. I had that on repeat for ages so we hit him up and he was up for it. The rest is history!

The drum & bass connection is never too far away with you guys. AND there’s the MTA link-up…

J: Yes! We’re really happy to be working on Chase & Status’s label. They’ve been a big inspiration for us musically and we love the label’s output and how they develop artists.

Far too soon to start chatting albums, though, I guess?

J: I think next year will be the earliest we could properly start something when we can take three or four months out of our schedule and really get to grips with the idea and the concept.

T: We want to build on what we’ve done so far and be at a level when we can put together something really special and people respect that. We don’t want to put together a random collection of club tracks and call it an album.

J: Our influences are so vast. Tommy’s a big fan of 80s electronic music and my old punk and hardcore days, then funky house, garage, grime, drum & bass. The idea has always been develop a  style of production then try different genres.

T: We were listening to stuff like Hold Your Colour where there are so many different styles and ideas but they were held together with such impact and consistency. That’s the mission; to have the same sort of impact and effect on new music fans as the likes of Pendulum did for us.

J: Chase & Status are a great inspiration when it comes  to staying true to what you want to do and sticking to your guns because they’ve always repped UK music. That’s what we want to do; keep to our sound and style but fly the flag for UK music and really push ourselves and the scene forward. 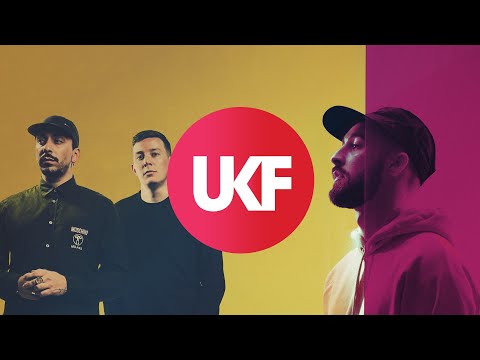 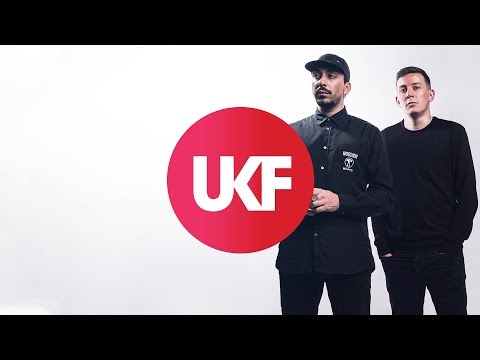