It’s me TC, back again on a wordy flex!
This time I’m repping my all time favourite 90s albums. The 90s have been a strong source of inspiration for many artists in the last few years, so I’m taking us back to the source and rewinding some of the most inspirational albums released during that time. Albums that helped me make sense of music and played a role in where I’m at and what I’m doing today.
Here are just five of my favourite 90s albums… How many of them are in your collection?

A friend of mine had some decks back in day when I was way too poor to be able to get records, let alone decks. One of the records of his that I loved the most was Wormhole. It was just perfect. I loved that record for so many reasons, but the thing that just jumped out at me was how real it sounded, it was like they had a drummer in the studio or something. I just could not work out how they got that sound. It was so underground, so left of centre and focused on what it was – my kind of music.

One of the most ear-tingling and exciting albums I ever heard. When it first came out it was so ahead of its time. Light years! When I was a kid I had this album on a cassette, it was my favourite tape by far for a long time. I think my copy was missing the first half of the first tune and at the end of side two was a recording of a Prodigy live set from Radio 1. Every tune is like a part of me.

When it comes to hip-hop I really grew up on a mixed bag of stuff that I could get my hands on through friends. I have to admit I was not the most dedicated of music collectors. I was into everything DJ Premier did and a lot of the East Coast sound, but The Chronic, from the producers’ point of view, is just an incredible sounding record. Even now, it’s timeless.

It took me about three hours of listening to music to decide on this record. Unfinished Sympathy, in a true descriptive Bristolian style and accent, is a tune! Vibes!

The Prodigy – Fat Of The Land

Putting two albums by one artist in a list of 5 tunes to sum up my favourite records of the 90s era might seem a little indulgent, but it’s my list and I love The Prodigy. My cuz Dan always says that The Prodigy’s music sounds like it’s been covered with some kind of diamond dust – I have to agree. You can tell that an incredible number of hours went into the record. I respect that and think it’s amazing. 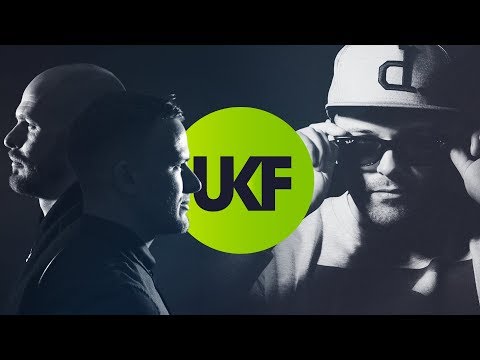 The Prototypes & TC – Species
AUDIO
0 shares
SIGN UP NOW & STAY LOCKED!Sign up to our newsletter to keep up to date with the latest streams, news, and events, all tailored to you.