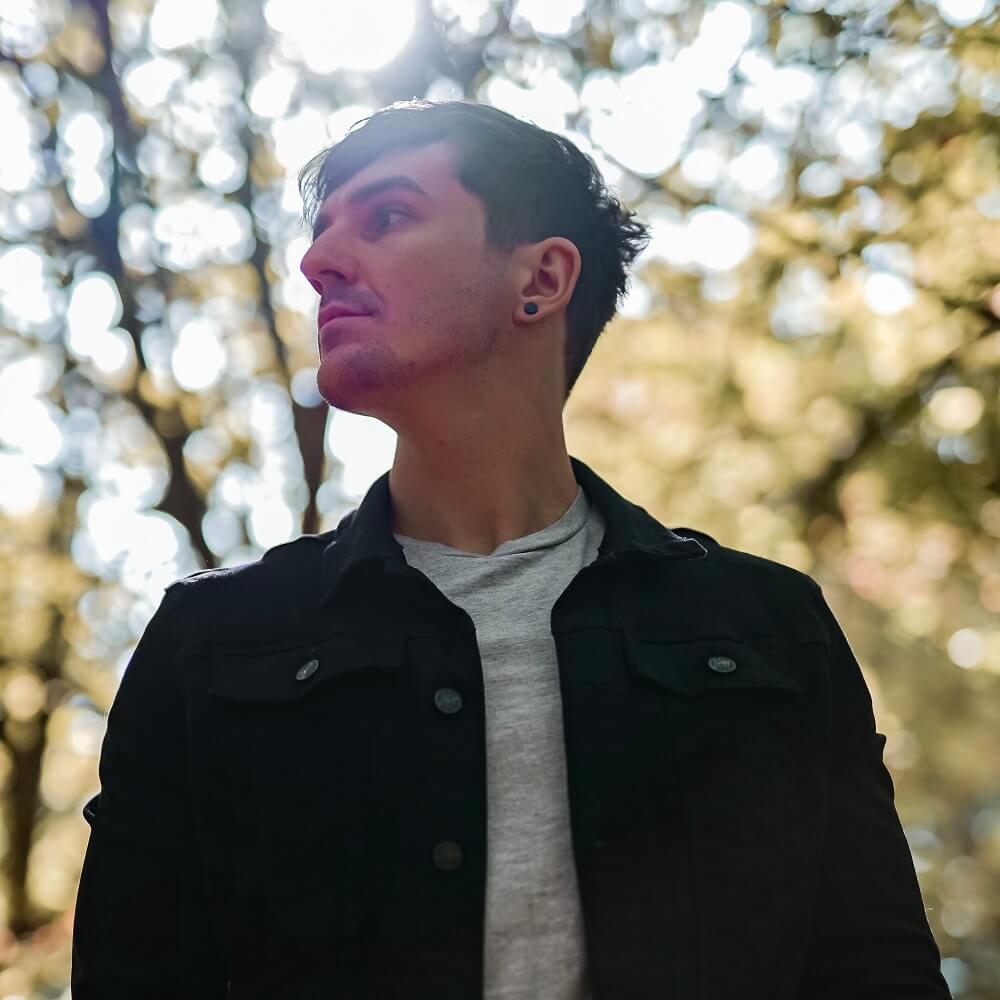 2019 has been a pivotal year for Josh Grafix.

Following his and Fred V’s split last December, he’s retreated to the studio, reassessed where he’s at, rediscovered his own sound and revised the skills he knew he needed to sharpen. By his own admission it’s been intense, exciting and pretty daunting at points. But the results speak for themselves.

After months deep in the lab, in August he returned with his first solo release in eight years: the Refuge EP. A four-track document that states exactly where he’s at right now, it ran the Grafix gamut from soulful song-writing to all-out ravey filth and hinting heavily at the directions he’s about pursue in the future with, he promises, A LOT more new music.

But first – Break The Cycle, Grafix’s powerful contribution to our UKF10 series. Featuring fellow Bristol-based singer Chrissie Huntley, it’s another example of how Grafix is developing in his new solo chapter and how he’s discovered a skill for song-writing he didn’t know he had. We called him to find out how his first year as solo artist since 2011 has been, his memories of being on the channel in its earliest chapters and what we can expect in the future…

How are you man? How’s the new chapter coming along?

It’s been really good. I’m enjoying it! Getting to grips with becoming a solo producer has been challenging, I’ve learnt a hell of a lot. But I’m really happy. Fred and I are still good friends too, which has been great and really important to say. We’ve actually been helping each other out a lot.

Fred said the very same thing! I like that!

100% man. It’s the same both ways. That’s been really important to both of us.

Yeah I can imagine. And, very much like Fred, your debut solo EP felt like a statement. Every shade of Grafix, from Acid Generation to Refuge.

I’m glad that comes across. I think so, too. It’s like a nice little taster of what’s to come and said what I wanted it to say. I’m pleased with that. The EP touches more on the melodic sounds I’ll be pursuing and Acid Generation was the only darker track on there. But in future there’ll be more of a balance. You’re right, though. It did highlight the two avenues I want to explore in the future.

How long had you been exploring those avenues? Were they bubbling away prior to the split?

No it’s all fresh since the split, which was quite a big leap. Obviously in a duo you have your strengths and weaknesses and you start to rely on the other person for certain aspects of the process. For me it was about improving the things I didn’t do so much of in Fred V and Grafix. One of those things especially was song-writing, so I really worked on my toplines and writing lyrics and got vocalists over to record them. That was my proudest feeling about the EP, I think: working with my friend Ruth Royal from Bristol. I wrote the lyrics and got her over to record them and went through the process of getting them to sound good. I’m really proud of them and it’s a process and skill I want to develop.

Song-writing is a whole other artform isn’t it?

It is and it can be quite daunting. You can feel quite vulnerable with that stuff because you have to go through the A&R process and you’re not going to write banging toplines every time. I’d say my writing style is quite simple. It’s not fully-blown ‘two verses, chorus and a bridge’ writing. I very much have a formula I like to stick to and it seems to be coming through. I’m enjoying it now, it’s become part of my routine and creative process. I’m happy it’s materialised more than I thought it would in such a short space of time.

So the vocals on Break The Cycle were written by you?

Yeah they were! Again, it’s very simple but I’m happy with how it came about. The singer is Chrissie Huntley, she’s from Bristol too. I met her at this night called People’s Front Room and Ruth linked me with them. I met loads of vocalists there which is great and cool to keep local and support Bristol talent.

And bring new voices into drum & bass too!

Yeah definitely. Neither Ruth or Chrissy worked on drum & bass before but understood it and enjoyed working in that style. We’re all super happy with how the music has come out.

And Break The cycle is a special one too because of your longstanding UKF connection. Your first track on the channel was in 2010!

100 percent! Luke is an old friend of mine, we met back in the uni days. So yeah it’s awesome to be on the UKF10 series.

He was just setting up the channel when we met and we hung out a lot. I played at the very first UKF event which was at the Thekla. It was a long long time ago and I’ve been involved ever since.

Take me back to your first upload….

It would have been either Night Shift or Take Your Time which were my first ever solo tunes. I made them when I was 17 in my bedroom. I tend not to listen to my old stuff but I’ve got fond memories of that time and just starting to explore the music and getting into production.

Give us some UKF memories!

I’ve got loads! There was NYE at Brixton Academy with me and Fred, Sub Focus, Sigma, a bunch of other people. It was an awesome show. It might have been the first time we played at Brixton Academy actually. It was great fun being there with all our mates. In terms of favourite tunes on the channels I’d have to pick a recent memory and say how nice it is to have Refuge up on the channel. As one of my first solo tunes in this part of my career, it’s been really special to have that tune on there. The difference between my old solo stuff and this is eight years and it blows my mind I’m finally back to doing that.

You first appeared on UKF as a boy, now you’re back as a man!

Haha it does feel like that. Or it just makes me feel old. It’s just really nice to still be involved in the channel and have the opportunity to get my music out there. It’s a good time.

What’s planned for the rest of this year?

I’ve got quite a lot of shows coming up, which is great. It’s cool to be on the road as a solo act.

Do you miss Fred on the road?

It was great to have company on the road with one of my best friends but we did a lot of shows solo anyway so that’s not new. It’s just a case of being prepared and having ways of making your mind busy when you’re waiting in airports and lobbies.

Are you one of those guys who can write anywhere?

I wish I was. I used to do it a lot more. I haven’t done it in a while. I’m writing lyrics and recording voice memos, though. I need to write more on the road actually. Good point.

Will we hear more new music from you before 2019 is out?

I can’t say when, but I can say there’s a lot of new music coming. I’ve been working very hard and I’m happy with how my sound is developing. Next year will be full of music!

Grafix – Break The Cycle is out now on UKF10 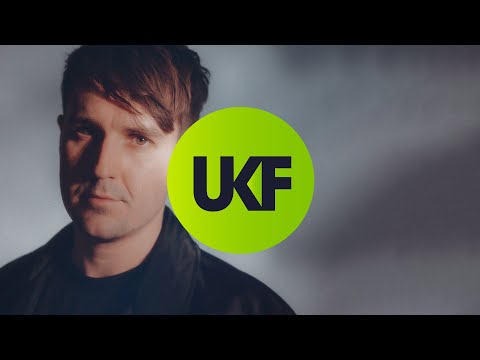 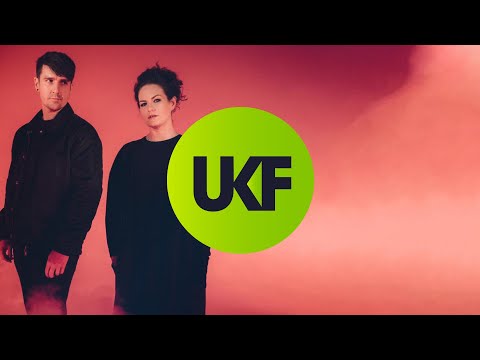 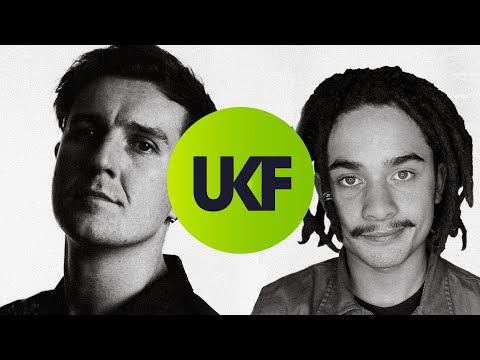 Grafix – Somewhere (ft. Reiki Ruawai)
AUDIO
0 shares
SIGN UP NOW & STAY LOCKED!Sign up to our newsletter to keep up to date with the latest streams, news, and events, all tailored to you.