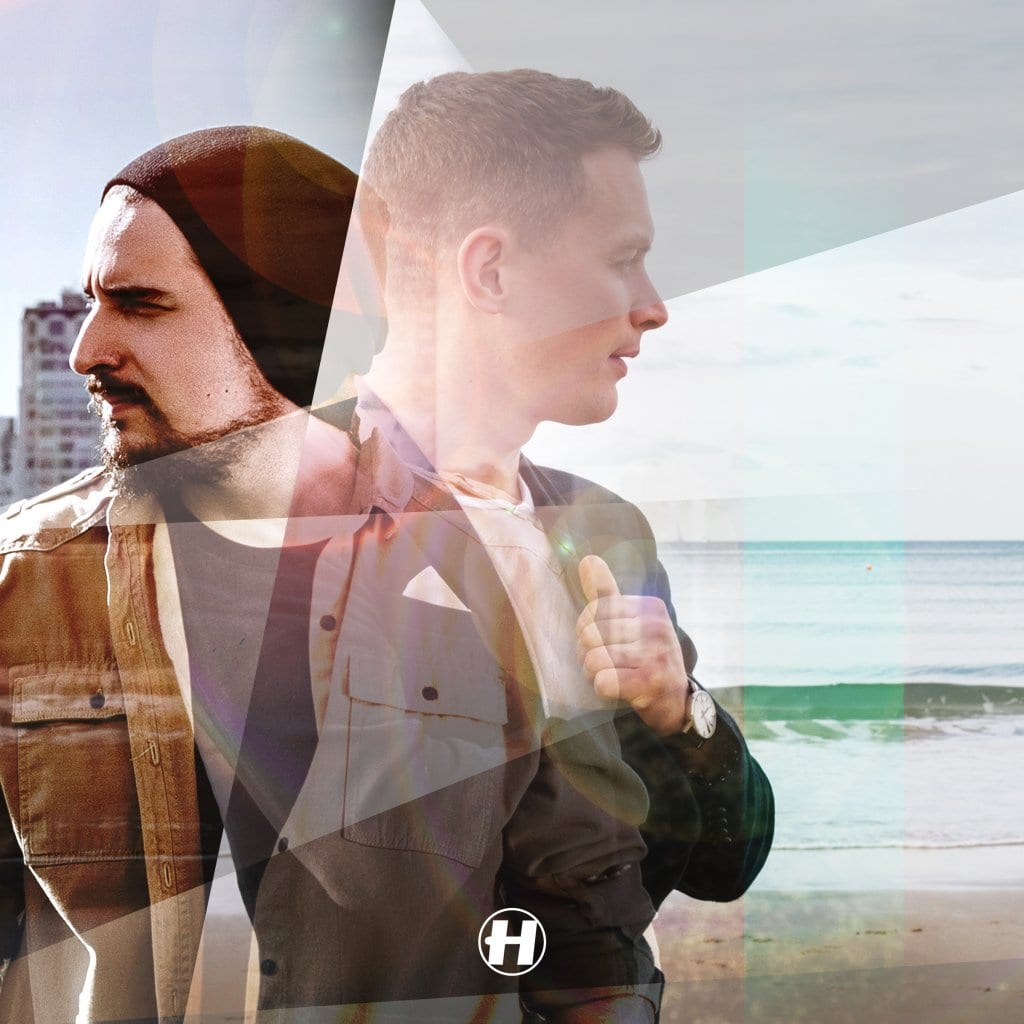 Hospital Records know a good collabo when they hear one.

You have the established duos a la Fred V & Grafix, Camo & Krooked and the original London Elektricity formation

You have the cameos from stone cold Gs such as Carlito & Addiction, Seba & Paradox, Gridlok & Jamal, Bungle & Index, Greazus & Sinistarr, Serum & Inja, the list goes on.

Then you have in-house ones that work so damned well you hope they turn into an act unto themselves like Nu:Logic and, as of this month, Krakota and Urbandawn.

Unlike Nu:Logic, Krakota and Urbandawn are not turning into an act unto themselves and they are not related in any way. In fact, there are almost 6000 miles between their studios. But that didn’t stop them putting together their impressive five track Focus Shift EP.

A document that stretches from corner to corner, across the cuts we’re treated to delicate soul (Laguna), elastic electric bass (Focus Shift) and 3am technoid pummels (Paladin). Like all the best collaborations, the EP took seed in real life during Urbandawn’s UK tour earlier this year and the title track goes a bit like this…

“I don’t collaborate very often so I was happily surprised when this came about,” explains Urbandawn, real name Felipe. “I spent four days in Sebastian’s house and it just flowed really well. We got wicked ideas down very quickly and I had the opportunity to play in Bournemouth where he’s based. I tried out one of the ideas we’d been working on there and then and it went down super well. This inspired us and we wrote three more tracks online.”

Krakota: On Coyote you played the guitar and I wanted to know if that was your entry into music? Was that the first instrument you learnt?

Urbandawn: Yeah I first started playing classical guitar from the age of 10. I got into drum & bass many years later. I was a bit of a late starter with drum & bass actually.

Krakota: At what point did you start using software or a sequencer to produce?

Urbandawn: That would have been around 2007. Quite late to be honest. It felt natural to play guitar on my own tunes but it was quite hard because guitars weren’t that popular on drum & bass tunes back then. But it started to work and I developed it. It took time though.

Krakota: I guess there wasn’t so much of that about back then

Urbandawn: Drum & bass has become a lot more varied now. People are open to so much more and appreciate the influence of other genres like rock or house or disco.

Krakota: I think you can pick any genre in the world and find its influence in drum & bass or style that has that sound to it.

Urbandawn: Yeah, or alternatively you could turn a tune from any genre into a drum & bass tune.

Krakota: You make other genres, right? Did you do that before drum & bass?

Urbandawn: Drum & bass was the first style I started with. Then I went into trance. Like laidback trance, 130 bpm. I felt the need to write other genres so when I got writer’s block I’d just work on something completely different and that make me think differently and take me out of the mindset. It helps me a lot. Sometimes I make techno, house and I produce a lot of artists here in Brazil like rock and bands. And it all helps me with my drum & bass tunes – you learn from everything.

Krakota: What have you learnt recently which you wish you’d have known back when you started?

Urbandawn: Making drums on synthesisers. We’ve spoken a lot about this, right? I’ve been doing this for the last few years and when I started doing it I realised how much more control of the overall sound I could have. It was easier to put my own ideas down when I had them. I’m picky about my drums. I’m OCD about it. It takes me forever to pick a drum so making my own hits helped me make tunes a lot faster and freer.

Urbandawn: I have a similar question to what you asked earlier. When and how did you start producing?

Krakota: It was about 10 years ago and I remember my brother having a copy of Fruity Loops and Dance EJ. We used to mess around on them but I never really gave it much time until I went to college in 2007. I learnt Reason and when I felt I was getting to grips with that I was using Cubase and rewiring it.

Krakota: Yeah always. I’ve dabbled with other genres but never spent enough time to get good on them. I just find myself going back to making drum & bass.

Urbandawn: How did you plan your 21 years of hospital set? That’s hard to compile 21 years of history into an hour’s set!

Krakota: I needed to get all of the back cat and properly go through it. I discovered things I’d completely forgotten about and things I never knew about. I shortlisted 100 tunes and from there I looked at how I’d mix it together, looking at the keys of things and whittled it down. I was wary that it shouldn’t be quick mixing too; it’s too easy to constantly smash the tunes in. For someone in the crowd who loves those tunes it’s not pleasant to just bombard them and never let the music roll out.

Urbandawn: It’s nice to roll the older tracks out and catch that progression

Krakota: It’s a double-edged sword doing that because I still wanted to fit in 50 tunes! I let the odd thing roll out and tried not to mix too quick. I just wish I had a longer set to include more tunes.

Urbandawn: I wish you did too! So… If you were going to collaborate with anyone outside of electronic music who would it be?

Krakota: Good question. Jon Hopkins. You go through his back catalogue and there are just so many nail-on-the-head electronic tunes.

Urbandawn: Ah, but I said non-electronic.

Urbandawn: Yeah I’m cool with that. I’d collaborate with him too, actually.

Krakota: If you could completely start your music career from the beginning what would you do differently?

Urbandawn: Be more focused on the PR side. When I first started I was just about the music and nothing else. I wasn’t about posting pictures on Instagram or Facebook. It took me a while to develop my social medias and I think if I did things again I’d spend a bit more time because I’d probably be further ahead than I am. Technically there are a few things I’d do differently but I’d definitely be more active promoting myself.

Krakota: Was that how it worked in Sao Paulo – just getting on with things and not wasting time on social media?

Urbandawn: No most artists over here are very active on social media. It was just me. I was trying to make music and wasn’t worrying about putting out to my socials. People over here are very active, doing live mixes and heavily on twitter and I got on that a few years ago. But when I first started it was 100% about the music, developing myself musically, technically.

Urbandawn: I agree but this is the nature of the game now. You need to have this side developed more.

Krakota: I’m done with social media, I couldn’t be fucked with it.

UKF: There are many famous, super-respected artists who don’t use social media but they were established before social media. Do you think someone can come through now and have the same impact without using any social media tools?

Krakota: I wouldn’t like to say it’s impossible but those guys came through at a time when social media wasn’t there. It was a record shop scenario. It was a different time.

Urbandawn: People who choose not to use social media are happy to go in magazines or be interviewed though, right? So it’s all still marketing. There’s always a way to market yourself and for years I didn’t do any of that. I do wish I did a bit.

Krakota: So what’s the drum & bass scene like on Sao Paulo now? It’s got quite a reputation!

Urbandawn: It was huge 15 years ago around 2002. When Marky came back from the UK, him, Patife and some other guys created this huge scene from the ground up and it was massive. There were a lot of DJs back then but few producers. We had a lot of parties back then but the years came by and things slowed down. We don’t have as many parties nowadays but we have the best producers. We have Alibi, L Side. Many guys on V. They all tour the world but don’t play that often here. Crytical Dub does a great monthly party, though, and many of us go and hangout. The audience here are more focused on deep house but we’re seeing more parties pop up again. Drum & bass will always be present.

Krakota: It’s too deep in the Sao Paulo history now

Urbandawn: It is. So here’s my last question. The last time I went to your place you created a Masterchef-style dinner! Have you considered being a chef if you weren’t making music?

Krakota: Thank you! I would love to work with food. I find it similar to music in the way you take raw ingredients and put something together into something really good. I love that and I do cook a lot. I’d love to take it further but I can’t do everything. Maybe something I’d take up in another life or when I’m a lot older. I’d definitely love to pursue it.

Urbandawn: It’s a very tricky career, even compared to music!

Krakota: Yeah definitely. What would be really nice would be to run and cook in your own restaurant rather than work as a chef for someone else too. But it’s all just dreams because making music is beyond 24/7 and takes up so much time and attention that there’s no way I could do both a service.

Urbandawn: Who knows what the future holds?

Krakota: So here’s my final question. Show us the last photo you took on your phone and tell us why you took it…

Urbandawn: A car crash on the highway made me super late when coming back to pick my wife from work. I took this pic as an alibi, otherwise she would think I forgot her while working on a bassline. What’s your last picture? 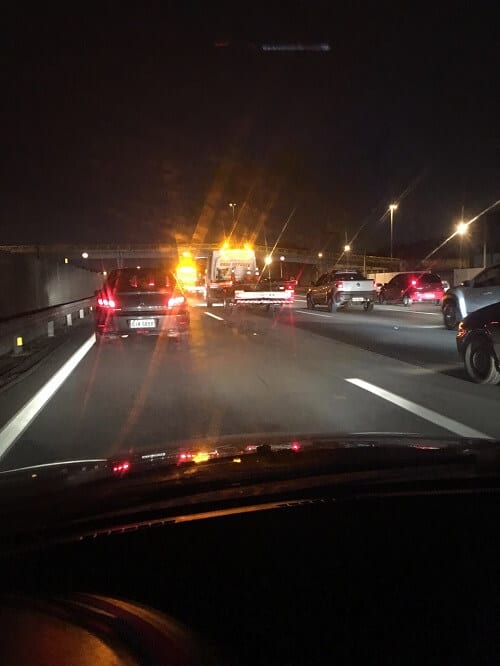 Krakota: I spent some time in Amsterdam at ADE last month, this was taken in my favourite bar out there, Arendsnest. 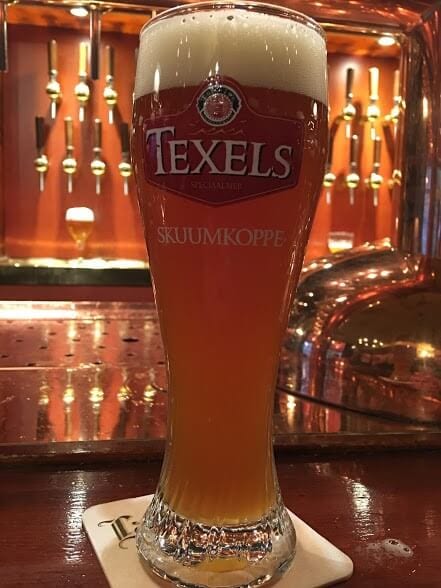 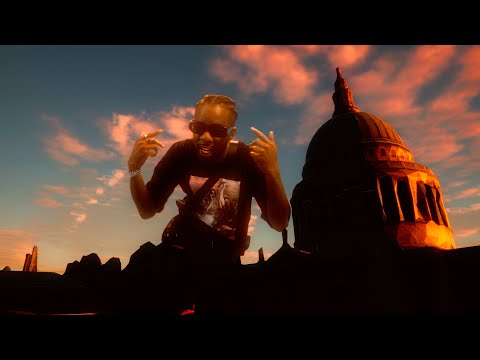 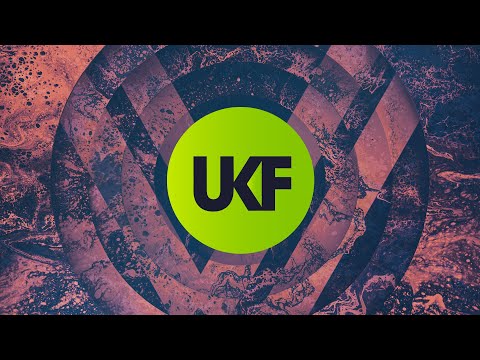 Krakota & Fred V – Back To Me
AUDIO
0 shares 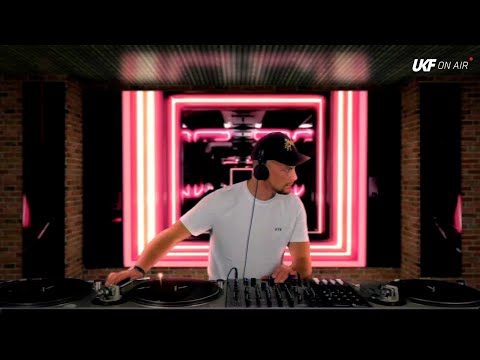 Krakota (DJ Set), SLEEPLESS – UKF On Air
VIDEO
0 shares
SIGN UP NOW & STAY LOCKED!Sign up to our newsletter to keep up to date with the latest streams, news, and events, all tailored to you.