That metallic bass texture, those rolling beats and the eerie space graveyard breakdown, Hyper Sun still captures and celebrates everything that was exciting about the genre when it first emerged a decade ago.

What with Black Sun Empire joining us for our next London event in Building Six on April 2 (alongside Netsky, Foreign Beggars, Maduk, Skism and Xilent) we thought we’d give the Dutch trio a shout and get the story behind the track. Rene answered… And delivered.

You should never be afraid to embrace space. Those quiet little bits in between the heaviness really create such a strong atmosphere; there’s no need to be so full-on all of the time.

“It was a really exciting time in music. I was very inspired by the beginning of dubstep and going to clubs in the UK and hearing it for the first time. I’d never heard it on the internet or anything before, so my very first experiences were in clubs… Where it should be!

Actually the very first time I heard dubstep was with DJ Distance in Croatia. It was an unforgettable experience; being so far away from home hearing music that was so different and fresh. It blew my mind a bit. I asked Distance where I could find more he directed me to Mary Anne Hobbes’ BBC Radio 1 show.

Inspired by our investigations we made a few different dubstep tracks but it was Hyper Sun that really got picked up on by everyone. It very interesting for us, because our dubstep tracks were the first non-D&B productions we could actually release as Black Sun Empire. Previously we’d released a few tracks in other genres under different aliases so we wouldn’t confuse fans but the sounds in the dubstep production were similar to the drum & bass.

You had to have aliases in drum & bass – and still do to a certain degree – because fans wanted to you to be dark and hard all the time. But this was liberating because we could explore a different tempo and different techniques without having to change our name and we had the support of our fans.

We no longer make dubstep, but if I can take anything from these productions, and this era in our careers, it would be that you should never be afraid to embrace space. Those quiet little bits in between the heaviness really create such a strong atmosphere; there’s no need to be so full-on all of the time. Dropping to silence can create such a mental reaction – just like it did with the early jungle and drum & bass productions. I think dubstep helped remind all of us about that.”

Black Sun Empire will be joining us on April 2, Building Six, London with Netsky, Maduk, Foreign Beggars, Xilent, Skism and many more. Get tickets. 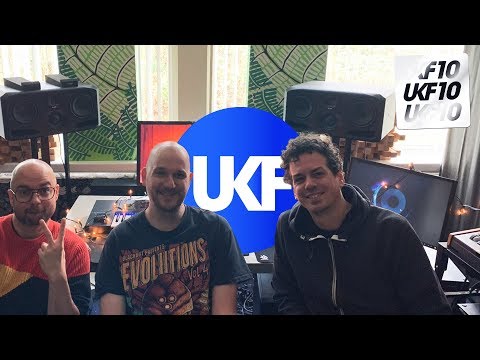 Prolix & Black Sun Empire share positive messages for all aspiring producers
WORDS
395 shares
SIGN UP NOW & STAY LOCKED!Sign up to our newsletter to keep up to date with the latest streams, news, and events, all tailored to you.