The Spearhead bossman has stepped up once again this week with his third longer: BCee – Come & Join Us. With its churchy cover artwork and some old testament-level depth in the groove department, BCee’s mission has hit a biblical new high. Case in point, this hymn-book snapping title track:

We caught up with him to find out whether the third album is any more (or less) challenging than the clichéd old second album and which albums changed his life forever.

Firstly, though; what inspired his classic portrait on the cover?

“Originally I was planning to just get a photograph of my face for this LP. I’ve never had my mugshot on an album on single so wanted to go for something ‘serious’ looking. But loads of people seem to be doing that lately so I wanted to do something different. So I asked my wife if she would paint my face for the cover, and as I put it, ‘In the style of those old paintings you see in churches’.

She also hand drew the artwork for Beat The System and Lost & Found so it was good to get her on board for album number three. She just took a picture of me in our living room on her iPad and knocked up the portrait one afternoon. I was actually wearing a blue Spearhead hoodie, which on the artwork looks like a monastic robe, which I quite liked.”

Come & Join Us might suggest the idea of drum & bass being a community or movement, but don’t dwell on that depth for too long…

“To be honest it’s not quite as deep as that. One of the album tracks is called Come And Join Us’, so when trying to think of a name for the LP I was looking through the track names to see which one seemed to fit. Come And Join Us worked for me for two reasons. Firstly, I thought it made it quite easy to promote, especially for the album tour, you are simply saying Come And Join Us. But also I quite liked that combined with the cover image it sort of created a bit of a ‘culty’ vibe and is a bit ‘tongue-in-cheek’.

It was a challenge, though…

“Yes. I’ve felt the pressure a bit more on this one about which tracks to include or leave out. While my style is always fairly musical, the tracks on the album are quite varied in terms of style. I wasn’t sure if that was going to go down well or not. I didn’t want to change my sound but at the same time didn’t want to just make the same old thing either. I’m pretty happy with it now that it’s all done and dusted. Time will tell if anyone else likes it!”

“I think the first album I bought was Lean Into It by Mr. Big. Now you know I’m not making it up to be cool, because most people will have never heard of it. It was early 90s soft rock and they only really had one hit in the UK called To Be With You. I bought it from Woolworths in Thetford with the money from my paper round.”

BCee: The first album that properly knocked me sideways

“Now the game changer for me was Prodigy – Experience. This came out in 1992, which was the year before I left school. Up until that point I mostly listened to Guns & Roses, Metallica and Aerosmith. When I heard Out Of Space, Ruff In The Jungle Bizness and Jericho it blew me away. A friend of mine’s sister then copied me a few DJ mix tapes, the first one I had was DJ Lime on one side and DJ Sy on the other. From then on I bought as many tape packs as possible. Then eventually I found out that you could get all of the tracks on vinyl, and started visiting record shops tracking them all down.”

“It’s hard to sum up exactly how, but I feel very emotionally connected to music and always have a soundtrack running in my mind. Here are the albums that have most influenced my life, sound and just general vibe…

“Okay, we all know about the man, but when I was a kid, this really was THE album that helped me discover music.”

“This changed the musical game for me and opened my eyes to a whole new world of music.”

“This is possibly my favourite album of all time. It was the first LP that really demonstrated the emotion that electronic music can carry and it was the album that basically made me want to be a DJ.” 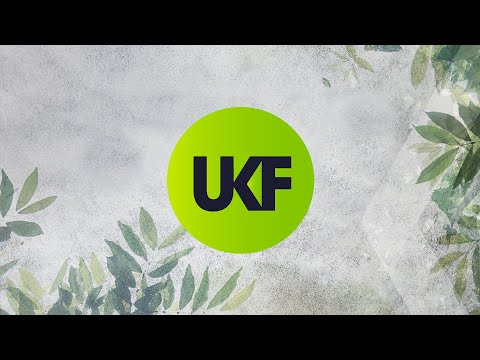 BCee & Blu Mar Ten – Grow
AUDIO
0 shares
SIGN UP NOW & STAY LOCKED!Sign up to our newsletter to keep up to date with the latest streams, news, and events, all tailored to you.