It’s that time again… The final day of every month we call up a bunch of our favourite DJs and demand they tell us about their favourite track this month.

No rules: just 16 examples of ace music from every possible corner of the weird and wonderful electronic world. Enjoy…

“I was so stoked to hear this song before I even started it because I think Jacob Plant and Tujamo have both separately been delivering some of the most unique electrohouse out right now. It ended up being a perfect blend of their sounds and it’s fucking awesome.”

“I am in love with this tune! I played it over 50 times on my last bus tour and it crushed heads every single time. It’s a true ’08-’09 throwback tune but has a modern tight mixdown. This one is gonna stay in my bag for a while!”

Tune: The Prototypes – Pop It Off

“Massive track here from The Prototypes. These guys have been on fire for a few years now and we’ve been supporting their music since they burst onto the scene five years ago. This is the final sampler before their eagerly awaited City Of Gold album, which drops in a few weeks time, and it sounds superb. Featuring sick vocals from Mad Hed City and an excellent video to compliment the track too, we love this!”

“It’s not too often you come across an artist who is both a skilled electronica producer, and an amazing vocalist. Grabbitz is definitely both of these. In his remix of deadmau5’s Silent Picture he adds his own smooth vocal which takes to song to another level. So much so, that Deadmau5 himself picked it up, and is now collaborating on an official version of the song.”

“Love it because it combines the new, chill stuff he’s been doing (all of which I have been bumping almost daily) with his older, heavy style. He blends the two perfectly into a super dope tune! Great production and super creative to do quarter-time D&B style stuff!”

“Ste Louse is one of my favorite new artists. He has been exploring his sound for the last couple of months, but when he uploaded this song it was an instant classic for me.  It sounds so different from other stuff I come across in my feed. And, as I have been moving in a more future bass direction personally, this tune really speaks to me.”

“It’s so exciting to see Alma getting such a good reaction from her new song Watcher. She’s one of the most creative and prolific artists I know and I can’t wait to hear what she does next.”

“We’re huge fans of TC and not a set goes by without us dropping at least two or three of his tracks! Here the Bristol badboy takes apart Astronaut vs Barely Alive’s Raga and serves up a stupendous slice of future funk. Opening up with spaced out atmospherics, he gives us a taste of India using a sitar lead line to great effect followed by a classic TC drop using razor sharp beats and a bassline to die for. This one kills it for us, each and every!”

Tune: The Prototypes – Pop It Off

“This has to be our tune of the month.  Killer vocal on the intro combined with a gully drop; this tune oozes dancefloor destruction. A must for our sets and guaranteed to whip a club into a frenzy.”

“I was such a fan of the original and I’m glad that it was brought back hard in 2015 with this remix. I always get an “OHHHH!!!!!” reaction at shows. That kick is gnarly. #TiestoForPresident”

Tune: Phace – My Mind Is Modular

“This tune just reminds me of what Tech Itch was doing around 2000 but with a modern take on it. I use to be blown away by what Tech Itch use to do around that time. He was the first person that I knew who used plug-ins and worked on a laptop in airports making tunes. We were still rocking full hardware at that time and didn’t go fully digital till 2005 after being introduced to the modern witchcraft of plug-ins by The Autobots while we were making our Teamplayers album on Passenger. We never looked back…”

“The production on this track (and EP) was a bit of a gamechanger in my opinion. The unexpected heaviness caught me off guard (in a good way) in comparison to VR’s previous more melodic content. I feel a lot of people would agree… Seeing as the EP charted #1 on Beatport overall!”

“On my evening subway commute home it’s nice to unwind with some classical music and I’ve been playing the hell out of the new album Chambers by Chilly Gonzalez. I first got put on to Chilly when he did this piano remake of Waves by Boys Noize & Erol Alkan. I’m a total sucker for the whole little”classical guy covers dance music” genre and just think it’s cool that great dance tunes will still hold up even when you take away all the fancy synths and drums.”

Tune: Jonarr-Dotz & Lorenzo – Rhythm Is Gonna Get You

“As a big fan of sampling and combining elements from different genres this one hit home with the weird 80’s freestyle electro breakdown / UK bass /garage combo. Fresh!”

“I heard this track for the first time in Annix’s FabricLive mix and it completely caught me off guard. Seals? Did I really just hear a seal bark in a drum and bass track? No, but the bassline was so similar I had to listen again, and again, and again. I was hooked. The production, groove and of course, creative basses, make this track one of my favourites and it’s been a staple in my sets ever since it came out on Playaz.”

“When I was asked to do a special track for Hospitality’s BBQ event, I was all about it! I think this track really captured that sunny, warm feeling that Summer has to offer, and I’m super glad that people felt this way too!” 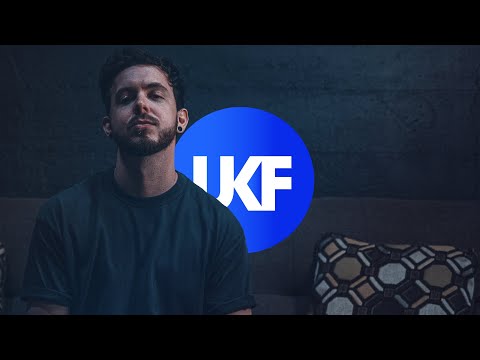 PhaseOne – The Risen (ft. Sleep Waker)
AUDIO
0 shares
SIGN UP NOW & STAY LOCKED!Sign up to our newsletter to keep up to date with the latest streams, news, and events, all tailored to you.