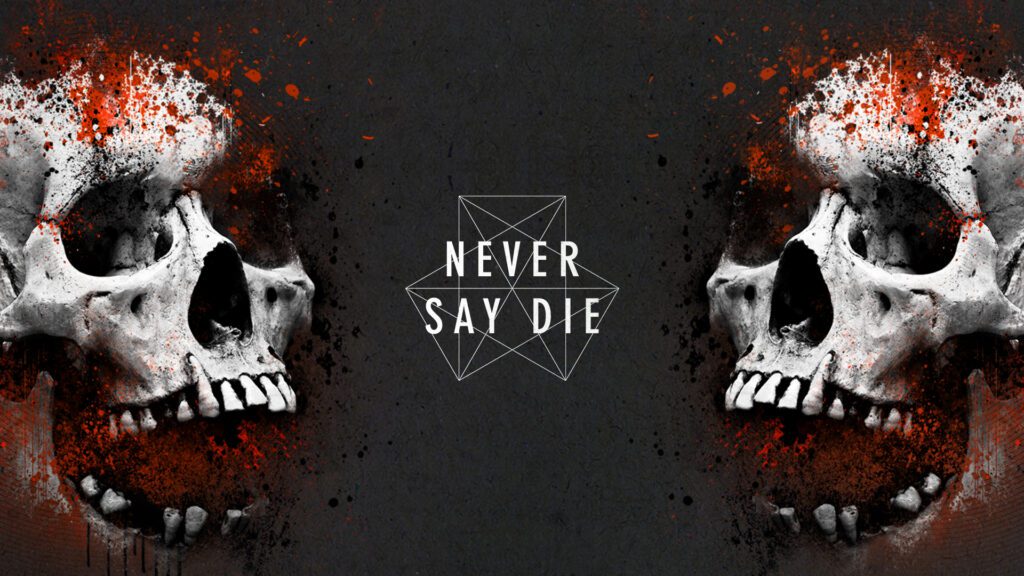 No one saw it coming. And due it to being so close to April fools day, lots of us thought it was some type of joke for a second. But alas, Never Say Die have closed their doors for good…

Very few labels have taken dubstep to such sonic extremes, spread it so globally or nurtured and encouraged quite so many artists as this label. Launched by SKisM in 2009, Never Say Die – and its sub imprint Black Label which ran from 2013 to 2021 – has been responsible for so many pivotal headbangers and seminal slap-abouts we’ve lost count. One of the most consistent labels on our UKF Dubstep channel, here are a handful of our favourites over the last 13 years.

12 years and 39 million views later… A pivotal track for Never Say Die, Flux and UKF, this remix was seminal for all concerned. We’ve spoken to pretty much everyone involved in the track over the years. Aston from The Freestylers explained how it was inspired by a Trentemoller remix of Royksopp’s What Else Is There? Vocalist Belle Humble describes the creation of it as “a special moment”. And Flux Pavilion told us it was so early in his career, he “didn’t even know what a remix was” when he made it!

A lesser spotted SKisM solo original, now 10 years old. Everything about this captures the era… The rise of the insidious comment section trolls, that brazen trilling frequency on the riffs that essentially ushered in the term EDM and this fantastic video. We spoke to SKisM around the time about him winding down the production side of his career… “I get so much stick online, from fans and peers, asking where the fuck the music is. I’m like ‘if you knew what I have to do!” Damn those pesky experts.

10 years ago Belgian badman Eptic crash landed into our psyches with this still crucial debut Like A Boss. Even in 2012 this was a nifty throw-back to the late 2000s Rusko sound but done with such cheekiness and style, it instantly scored him a front row seat at the Never Say Die controls. We spoke to him around the time and found various other reasons why he’s a boss…. Including pictures of him trolling his cat.

Foreign Beggars and Skrillex…. Not a lot else needs to be said. This was huge at the time and, once again, it catches such a pivotal moment in the evolution of bass music. Pre I Am Legion, this was a major moment for Foreign Beggars as they took UK hip-hop to unparalleled levels. It was a huge influence on so many artists who’ve come through since, including Nitepunk who collaborated with PAV4N years later. He told us how much of an inspiration this track was when we spoke to him in 2019. Ebow Rest In Peace!

The MC vibes continue with this exceptional cut from Zomboy and the mighty Armanni Reign, an MC who’s done more for fusing heavyweight electronic music and rapping than most his Stateside peers put together. Outbreak is one of many killer examples of Armanni’s energy and also one of Zomboy’s funkier cuts. It came as part of Zomboy’s debut album The Outbreak which was a turning point for the enigmatic living dead producer who was experimenting with more house and big room influences as he explained to us on the site at the time.

Representing the euphoric side of Never Say Die, Finland’s 501 linked up with Belle Humble for this epic arena-shattering moment in 2012 – Headrush. We caught up with 501 a few years later to discover his drum & bass roots, his day job as a lawyer and the fact Europe’s cult 80s hit The Final Countdown was a major reason why he got into songwriting. Serious.

From its exceptional retro artwork with the tentacles coming out of the phone to that final melting horn section right in the very last gasps of the tune, the inimitable Space Laces delivered something truly special with Phone Tap. Released on Never Say Die in 2019, the ring tone slamming wonk-out was one of many unique and surreal hybrids he released on the label. Usually known for his humorous observations on Twitter, this recent farewell to the label was a sobering moment over the weekend.

saying goodbye is always tough but i’m grateful to have had a place to call home for the past 6 years. thanks to the entire team at NSD for believing in my project and countless others ♥️ https://t.co/xapYIHhM8t

Slipping into more contemporary Never Say Die material, Nitepunk’s swaggering Shibui represents how the label’s signature fusion and fire had evolved over the years as a new generation began to emerge. As mentioned above, Nitepunk is a great example of how Never Say Die inspired and brought through a new generation of artist. If you don’t know Nitepunk’s incredible story and how he upped sticks from Georgia to Brooklyn to live the bass music dream, now is a good time to get acquainted.

Ah 2013… A simpler time. No Brexit. No Covid. No astronomical costs in fuel and heating. Just pure internet beef, trolling, memes and various accusations about Zomboy stealing a drop from Skrillex. The controversy around Terror Squad was huge at the time and led to all manner of memes and videos like this. Eventually Zomboy went on Facebook and cleared the air, explaining why Terror Squad and Skrillex’s Untitled DJ Tool sounded so similar. Skrillex responded with All Is Fair In Love & Brostep and quashed all beef rumours in an instant.

Signing out this celebration of Never Say Die with another more recent cut, we head Stateside for more new-generation heaviness courtesy of Kompany. Firewall is another industrial strength snapshot of where SKisM’s imprint had taken dubstep over its 13 year tenure. We spoke to Kompany when he made his debut on the label in 2018, a year before Firewall and he revealed his plans for the eventual robot revolution. “I’ll rebrand my sound to cater to them and I’ll work for them…. Then I’ll put some subliminal messages in the music so I can override their programs. Don’t worry, I got us covered!”

In the meantime, thank you Never Say Die for having us covered. Rest In Peace!